These Are Not Stories From The Onion 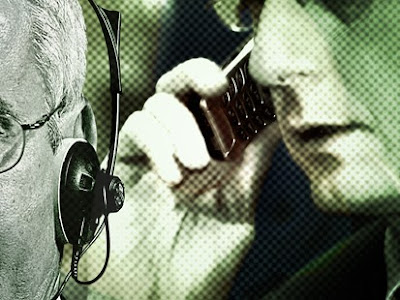 Telephone companies have cut off FBI wiretaps used to eavesdrop on suspected terrorists and other criminals because of the bureau's repeated failures to pay phone bills on time.


A Justice Department audit released this week blamed the mess on the FBI's lax oversight of money used in undercover investigations.

In one office alone, unpaid costs for wiretaps from one phone company totaled $66,000.In at least one case, a wiretap used in a Foreign Intelligence Surveillance Act investigation "was halted due to untimely payment," the audit found. FISA wiretaps are used in the government's most sensitive and secretive criminal and intelligence investigations, and allow eavesdropping on suspected terrorists or spies.

"We also found that late payments have resulted in telecommunications carriers actually disconnecting phone lines established to deliver surveillance results to the FBI, resulting in lost evidence," according to the audit by Inspector General Glenn A. Fine.

More than half of 990 bills to pay for telecommunication surveillance in five unidentified FBI field offices were not paid on time, the report shows.

Meanwhile, if you have 308,000 barrels of oil that should be in the U.S. Strategic Petroleum Reserve, your government wants it back.

That is the amount of black gold unaccounted for in an audit of the Department of Energy's management of oil received for the Strategic Petroleum Reserve, a critical program to assure energy stability in the U.S. in case of an oil crisis.

To help add to the reserve, DOE receives a portion of the royalty oil that the Department of the Interior gets in return for allowing petroleum companies to drill on government lands and waters.

The department's Inspector General Gregory H. Friedman and his auditors found that in 28 percent of the oil transfers they examined, the amount received did not match the estimated amount to be shipped by the Interior Department's Minerals Management Service.

More here.
Posted by Shaun Mullen at 7:27 AM
Email ThisBlogThis!Share to TwitterShare to FacebookShare to Pinterest