Bwaah!!! Gimme Back My War 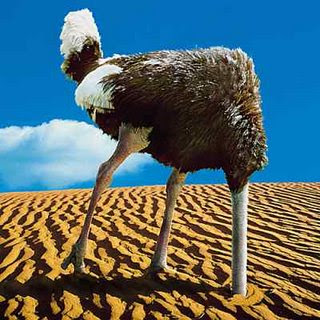 Wait a minute! Wait a minute! I figured this out. I know what's wrong with what we've done in . We've been following time as it goes forward. What a classic mistake. Linear time is so pre-9/11.

Well, it’s not even Friday yet, but if anything good has come out of this week it's that I'm now four-fifths of the way through grieving over the end of the war. I mean come on! A little sympathy is in order here. It's bad enough that I won't have the Mess in to kick around any more, but then George Bush will be back at his ranch clearing scrub brush and looking for his legacy before we know it.

Regarding the war, I refer of course to the deal that Dubya and Nouri Al-Maliki have cooked up: The abjectly corrupt prime minister gets long-term coup insurance from the abjectly amoral president in the form of U.S. troops stationed at permanent bases and in return the U.S. gets first dibs at Iraq's oil.

Single-malt Scotch is too expensive, so I'm working through this shocker by employing the five stages that psychiatrist Elisabeth Kübler-Ross determined that a dying patient experiences when informed of a terminal prognosis.

On Monday, it was DENIAL (This Isn’t Happening to Me!):

This isn't happening to me! The war was supposed to end with a whimper, not a business deal. I know that I was warned, but it can't just be all about oil. It must just be a bad dream.

On Tuesday, it was ANGER (Why Is This Happening to Me?):

I feel like the last guy in the room to get a really bad joke. Am I a sap or what? Howcum the MSM is treating this story with such diffidence? Boy am I pissed off! So pissed off that I'm gonna call some right-wing bloggers bad names.

Well, the deal technically is not a treaty, which means the Senate doesn't have to ratify it. That's bad, but maybe the Iraqi Parliament will block it. I take back all the bad things that I wrote about you guys. Honest. And I didn't mean to call all those bloggers bad names.

Today it is DEPRESSION (I Don't Care Anymore):

Speaking of bad dreams, I had a nightmare that I was Ahmed Chalabai. Then I thought I had gone blind when I woke up, but it was just the cat sleeping on my face. Couldn't stay off the Scotch. Can't find my eyeglasses.

While tomorrow it will be ACCEPTANCE (I'm Ready for Whatever Comes):

Think that Wall Street will throw a ticket-tape parade for returning GIs? Nah. But I suppose that one out of two wars ain't bad. At least things are going well in Afghanistan.