A Veterans Day Unlike Any Other 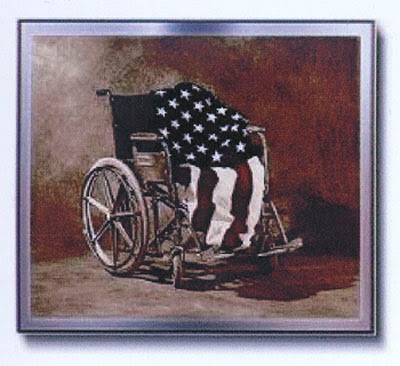 I think now, looking back, we did not fight the enemy; we fought ourselves. The enemy was in us.

-- CHRIS TAYLOR IN "PLATOON"
The is locked in an intractable war in that never should have been fought. It is led by a government that embraces torture, spits on the very freedoms that its armed forces are fighting to protect, and uses these men and women as political pawns. Americans are deeply disillusioned. Our world standing is at low ebb. If anything, the homeland may be even more vulnerable to a terrorist attack than it was before 9/11.

* Times of war always put strains on the systems that are supposed to assure that veterans get the physical and mental health care and other support they need. But these are not typical times and those systems are underfunded, overworked and near collapse because of hubris and neglect.

* One of every four of the homeless people in our midst is a veteran, including a shocking number of women. How could we have let this happen?

* When veterans of and tell their stories to their children, will they be able to do so with the same pride as World War II veterans? If not, why not?

A perverse consequence of this malaise is that it is easy to forget that the veterans of the wars in Iraq and Afghanistan, as well as the wars of the past, deserve to be honored more than ever.

And hope that our government will deign not only to remember those who serve, but those who have returned alive, but shattered and in need.