Rudy Giuliani Takes Yet Another Hit 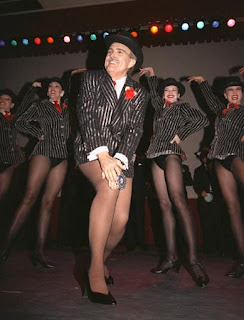 Newspapers generally and The New York Times in particular have an aversion to calling people liars, preferring to let the facts speak for themselves and leaving it to readers to sort things out on their own.

That is why you'd be hard pressed to find a single Times news story that states in unambiguous terms that The Leader of the Free Word has a predilection for lying despite copious documentation to the contrary. You know who I'm talking about, right?

After examining a number of Giuliani's statements pertaining to his tenure as mayor ranging from crime to fiscal responsibility and comparing them to the record, Cooper concludes that:

"All of these statements are incomplete, exaggerated or just plain wrong. And while, to be sure, all candidates use misleading statistics from time to time, Mr. Giuliani has made statistics a central part of his candidacy as he campaigns on his record."

While there is nothing remotely funny about this sorry record, it is mildly amusing that Giuliani has been quick to call others liars.

It was only yesterday that I wondered how it is so many card-carrying members of the Family Value Party are supporting Rudy despite all the crap and corruption that he is considered to be a front runner.

Posted by Shaun Mullen at 11:45 AM
Email ThisBlogThis!Share to TwitterShare to FacebookShare to Pinterest