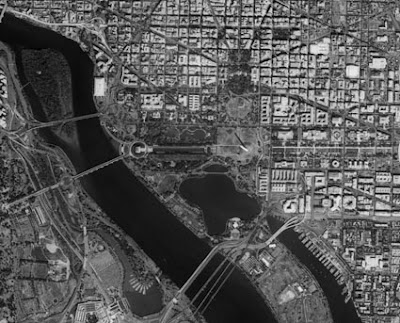 An effort called Future Imagery Architecture was perhaps the most expensive and spectacular failure in the history of American spy satellite projects.

. . . [A]n investigation by The New York Times found that the collapse of the project, at a loss of at least $4 billion, was all but inevitable — the result of a troubled partnership between a government seeking to maintain the supremacy of its intelligence technology, but on a constrained budget, and a contractor all too willing to make promises it ultimately could not keep.

"The train wreck was predetermined on Day 1," said A. Thomas Young, a former aerospace executive who led a panel that examined the project.

Admiral William Fallon, head of U.S. Central Command, which oversees military operations in the Middle East, has heard plenty of war-mongering rhetoric from the right when it comes to . He's come to an important conclusion: it's not helping.

As Gen. Pervez Musharraf arrested judges, lawyers and human-rights activists in last week, our Senate was busy demonstrating its own civic mettle. Chuck Schumer and Dianne Feinstein, liberal Democrats from ’s two most highly populated blue states, gave the thumbs up to Michael B. Mukasey, ensuring his confirmation as attorney general.

So what if ’s chief law enforcement official won’t say that waterboarding is illegal? A state of emergency is a state of emergency. You’re either willing to sacrifice principles to head off the next ticking bomb, or you’re with the terrorists. Constitutional corners were cut in in impressive synchronicity with General Musharraf’s crackdown in .

In the days since, the coup in has been almost universally condemned as the climactic death knell for Bush foreign policy, the epitome of White House hypocrisy and incompetence. But that’s not exactly news. It’s been apparent for years that was suicidal to go to war in , a country with no tie to 9/11 and no weapons of mass destruction, while showering billions of dollars on , where terrorists and nuclear weapons proliferate under the protection of a con man who serves as a host to Osama bin Laden.

How has the New York Times managed to pick Bob Herbert out of the 75 million liberal adults in ? It is a mystery.

Senator Charles Schumer, the New York Democrat who turned the tide for this nomination, said that if the Senate did not approve Mr. Mukasey, the president would get by with an interim appointment who would be under the sway of “the extreme ideology of Vice President Dick Cheney.” He argued that Mr. Mukasey could be counted on to reverse the politicization of the Justice Department that occurred under Alberto Gonzales, and that Mr. Mukasey’s reticence about calling waterboarding illegal might well become moot, because the Senate was considering a law making clear that it is illegal.

That is precisely the sort of cozy rationalization that Mr. Schumer and his colleagues have used so many times to back down from a confrontation with Mr. Bush. The truth is, Mr. Mukasey is already in the grip of that “extreme ideology.” If he were not, he could have answered the question about waterboarding.

Actors are quarterbacks, directors are running backs, and writers are offensive linemen. That's about how they contribute to the product, and how they're paid. And just like it was a welcome change when left tackles finally started being compensated more closely to their value a few years back, I think we should be happy to see writers moved a tiny bit closer to their real value.

This week, when Arthur Bremer was released after 35 years in prison, it barely made the news, another irony in his long, fruitless search for fame by killing someone famous.

If he is of any interest at all, Bremer signifies what happened to insane fame in the television age. Before him, assassins of public figures, from John Wilkes Booth to Lee Harvey Oswald, had some political motive, however twisted.

Bremer, totally apolitical, wanted only to be seen on TV. In 1972, he dogged Richard Nixon for days, but the President was well-protected by the Secret Service and Vietnam war protesters got in Bremer's way when he tried to approach him at a rally.

So he settled for white supremacist George Wallace, a former governor who had run for president as an independent in 1968, even though he, as Bremer noted in his diary, would not be "worth more than 3 minutes on network news."