Now For Some Out of This World News 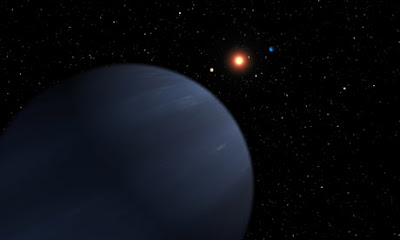 In a development right out of Star Trek, astronomers believe they have located a near twin of our own solar system.

NASA scientists confirmed the discovery of a giant alien world in a distant constellation this week in what is a huge step towards finding a second Earth-like planet capable of harboring extraterrestrial life.

The new planet is the fifth to be spotted orbiting what is actually a close pair of neighboring stars collectively known as 55 Cancri that lie in the constellation of Cancer some 41 light years away.

The discovery means 55 Cancri holds the record for the number of confirmed planets orbiting in its planetary system.

Isn't it amazing? When I was young, I thought we'd have men on Mars by now and a colony on the Moon, but I never imagined we'd be able to see planets so far away. Scientific progress is uneven and just unpredictable.