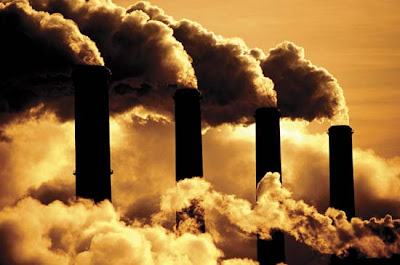 I have been something of an agnostic on climate change. The politicization of the issue has become so pronounced that it is impossible to have a rational discussion on the issue with either side. Every piece of evidence that emerges for or against global warming and its anthropogenic nature is dismissed or embraced, depending on one’s point of view. . . .

The political question is simple; can conservatives continue to ignore the implications of climate change? Or, as Tigerhawk writes, should we get out in front of the issue to advocate “solutions” that are mostly market based and not so damaging to our economy?

Color me a skeptic who thinks the time has come for conservatives to step up on this issue.

The American public simply does not have the stomach for fighting a costly, potentially futile war every few years. voters have already lost patience with the pace of reconstruction in , and that frustration will linger; remember, it took the country 15 years or more to "get over" . The projection of American power and influence in the future requires that an impatient public feel good about American muscle-flexing in the past.

A federal grand jury in , has opened an investigation into the role of Blackwater security guards in the shooting deaths of 17 Iraqi citizens in September in .

A number of Blackwater security guards assigned to the ill-fated convoy have been subpoenaed to appear before the grand jury next week.

It's become pretty clear that the purpose of the American military presence in is having an American military presence in . There doesn't seem to be any consistent goal other than that any more. Which is why these days there's so much talk about staying and less talk about what staying is supposed to accomplish. Staying is the accomplishment; it's the end, not the means.

A new report by the Army Corps of Engineers shows that a new flood control system in New Orleans — which was intended to reduce flooding by 5.5 feet — is only guaranteed for up to six inches.

The scandal of the day in the Republican primary race is a whodunit worthy of Ellery Queen. A survey taken by a firm named Western Wats turned into a strange anti-Mormon and anti-Mitt Romney push poll. No campaign has taken credit for the poll, and no campaign has been spared accusations of conducting it -- including Romney's own campaign.

Perhaps in response to evidence of alienation in British society, from yobs in hoodies terrorizing shopping malls to the subway suicide bombers, Prime Minister Gordon Brown's government is trying to come up with a motto to bind everyone together, express the nation's essential qualities. The BBC and other news websites have been soliciting suggestions, which I excerpt here:

"Americans who missed the boat"

"At least we're not French"

"Usque conabor" (I will try my utmost), answered almost immediately by some pig/faux Latin,

And then, the priceless

"Get blotto, play the lotto, that's our motto"

If I were writing in the spirit of the above suggestions, I would probably offer, "Don't be a sap, mind the gap!" In any case, I think it's clear the British sense of humor, if not its "yearning" for national unity, is very much alive and well.