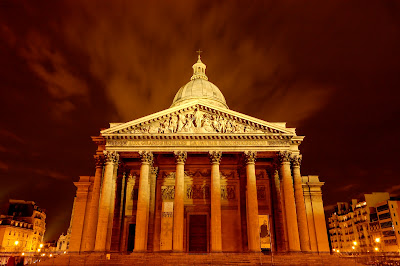 It is one of 's most celebrated monuments, a neoclassical masterpiece that has cast its shadow across the city for more than two centuries.

But it is unlikely that the Panthéon, or any other building in 's capital, will have played host to a more bizarre sequence of events than those revealed in a court last week.

Four members of an underground "cultural guerrilla" movement known as the Untergunther, whose purpose is to restore France's cultural heritage, were cleared on Friday of breaking into the 18th-century monument in a plot worthy of Dan Brown or Umberto Eco.

If the Venezuelans who go to the polls next month give Chavez what he wants, they are likely to discover a paradox: They can bring about dictatorship through democracy, but not the reverse.

The conventional wisdom says that celebrity endorsements don't mean much in politics. But the conventional wisdom also says that enormously long, difficult novels published more than a century ago don't suddenly become bestsellers. Now we're about to see whether the "Oprah effect" can do for Barack Obama what it did for Leo Tolstoy.

The Obama campaign's announcement yesterday that Oprah Winfrey will barnstorm the early-primary states with the candidate she has called "my favorite guy" was big news in , and . Theoretically, the active support of a popular talk-show host shouldn't have much impact on Obama's prospects one way or the other. But we're talking Oprah here.

How is one supposed to feel about the state of society when a college gives medical benefits to employee's pets but not to same sex partners?

As the world’s largest private employer, Wal-Mart is used to being greeted by large numbers of applicants almost every time it opens a new store.

But the 6,000-plus people who applied for jobs at the new Supercenter in ’s Steelyard Commons took everyone, even Wal-Mart, by surprise.

With 18.4 million users in October, the Guardian was ahead of nytimes.com, which registered 17.5 million users in the same period, according to Nielsen / NetRatings. This was a record for both sites, as The New York Times’ user pool grew due to the shutting down of TimesSelect, and the Guardian launched Guardian America. Considering these recent results, the Guardian seems to be winning its bid to become the referential international news site. Guardian Unlimited’s readership was already very strong before the launch of Guardian America. And US readers are reportedly drawn to the British online editions.