Politix: Your Dogma Ate My Principles 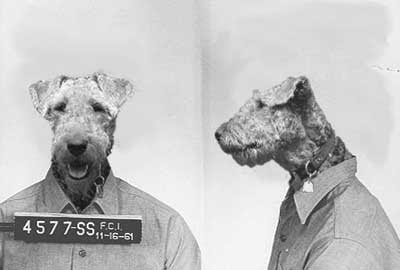 Nowhere is this malaise more troubling than when it comes to civil liberties. Remember them?

When I read last week that a top U.S. intelligence official stated that it's time fordefinition of privacy, the hair stood on my neck. But I apparently didn't have much company judging from the underwhelming response to the Orwellian remarks of Donald Kerr, deputy director of national intelligence.

Kerr tacitly acknowledged that the Bush administration -- with the eager acquisence of Congress -- has turned the rules of the game on their ear. He explained with a straight face that privacy now meant not that you and your private information would be free from government intrusion, but that the government would intrude but properly safeguard you and your private information.

Kerr's comments came as Congress reconsiders the Foreign Surveillance Intelligence Act of 1978, which it hastily and dutifully changed last summer to allow Big Brother to eavesdrop on you and I without the bother of court permission so long as one end of the conversation was reasonably believed to be located outside the