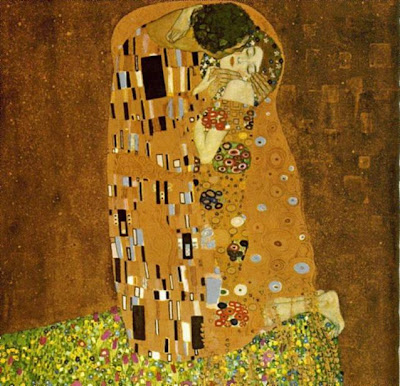 Knowing when to kiss a girl is kind of like surfing and being able to tell if a wave is going to close out and spear you into sand or keep barreling along nicely; you have to spend some time in the water to know the signs.

The first smooch is a very important step in any relationship because, unlike playful touching or flirty one-liners, it's an unambiguous communication between two people that romance is on the cards - the flashing border crossing between "friends" and everything else.

If a girl is being uncommunicative, looking away from you constantly, not listening to your conversation, has her body closed off to you and has not touched you, it's a fair bet she's not interested in swapping spit.

If she's draped over you like an orangutan, blowing in your ear and telling you she's just bought new sheets at Orson and Blake, you can probably take these as signs she's up for pucker.

It's the stuff in between that gets confusing for men - when a woman smiles and laughs and touches you on the knee, then you try to kiss her, she says "no" and gets upset; what to do, what to do?

Men will often misread signs with women because they've played the "nice guy" card, haven't made their intentions obvious and just talked for hours with a female like they're one of her girlfriends.

Women like to know who they're dealing with and if you've played Mr Nice Guy, I-just-want-to be-friends-dude she may honestly not have expected your advances and feels ambushed. This is why cheeky flirting from the outset puts everyone on the same page.

We live in an unfortunate age artistically. There is more freedom than ever, more tools for creation, more outlets to publish and display, but we have largely used this freedom to fetishize banality. The great leveling, as it were - everybody is an artist, everything is poetry.

Much ado is being made about law firms offering specialty services to their employees. Sure, it sounds ridiculous to offer "perks" like therapy, nap rooms and yoga, but when the firm basically owns your life — and at New York firms, you’re easily putting in 80-plus hours a week and never taking vacation — it’s not so insane to hope that they make things somewhat pleasant. Dry-cleaning and concierge services might seem over the top, but when you’re chained to your desk from 7am til midnight every day of the week, good luck finding someone to clean your clothes during your off time. I think it’s particularly interesting, though, that on-site child care is listed in the article as a "perk" akin to pet insurance, car discounts and Spanish wine-tasting events. That certainly speaks loud and clear to who's in charge at these firms, and who is drawing the line between employees’ "needs" and "wants." There’s a wee bit of difference between your place of employment providing a space to care for you children so that you can work and your place of employment providing you with Knicks tickets.

As for my legal career, if someone wants to stand in line for an hour to bring me Shake Shack and red wine after yoga class, I'll be theirs forever. Also, they should buy me a puppy.

The Goldilocks method of pain control. A little doesn't work, too much increases pain and moderate amounts work quite well. Moderation, the key to a happy life.

Science and mathematics were cultivated in the great Islamic centers of learning -- , and -- at a time when Europeans were mostly interested in bashing each other over the heads and rooting out heresy. Crusading knights were commonly illiterate. But literate camp followers brought scientific learning home from the East and sparked 's Scientific Revolution and Enlightenment.

The last heretics and witches went to the stake or gallows about the time Galileo and were convincing their contemporaries that there was a way to truth about the world that made no reference to revelation.

Why science and mathematics found their most fertile soil in the West, rather than, say, in or Islam, is a question historians love to debate. The rise of the secular state in Europe and certainly helped.

The founders of the the American nation were nominally Christians or Deists, but their commitment was to Enlightenment principles, and they were wise enough to disestablish religion and lay the basis for a system of secular public education. Some Christians in , however, continue their efforts to make science serve religious faith in the public school curriculum, so far, thankfully, unsuccessfully.

For the present, Islam has surrendered its former precedence in science and mathematics in favor of religious triumphalism in nationhood and education. Americans who insist that ours is a "Christian nation" and who want science in the schools subverted by religion would have us go down the same historical dead end.