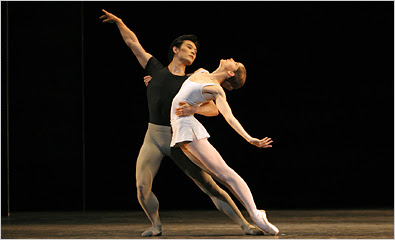 SAVE THE LAST DANCE FOR ME. MORE HERE.

Our soldiers are fighting brilliantly, and history will record they are defeating the enemy while suffering historically low casualties. But if the sacrifice of American youth is not tied — daily, hourly — to larger strategic and humanitarian goals by eloquent statesmen who believe in the mission, then cynicism follows and, with it, despair.

The establishment of consensual government in , with the concomitant defeat of jihadists, will have positive ripples that will undermine Islamism and help to cleanse the miasma in which al Qaeda thrives. But again, unless explained, most Americans will not see a connection between the ideology of the head-drillers and head-loppers we are fighting in Iraq and those who try to do even worse at Fort Dix and the Kennedy airport. The war to remove Saddam was won and is over; the subsequent and very different war in Iraq that followed is for nothing less than the future of the Middle East — and now involves everything from global terrorism and nuclear proliferation to the world’s oil supply and the future of Islam in the modern world.

Iraqi political leaders have failed to reach agreements on nearly every law that the Americans have demanded as benchmarks, despite heavy pressure from Congress, the White House and top military commanders. With only three months until progress reports are due in Washington, the deadlock has reached a point where many Iraqi and American officials now question whether any substantive laws will pass before the end of the year.

-- DAMIEN CAVE
The fight between Congress and the White House over testimony from White House aides over the U.S. attorney firings has officially entered its second stage. The first stage, a stalemate punctuated by threats of subpoenas, lasted three months. The second stage is likely to last much longer.


Once again, there is fresh evidence that George W. Bush has severely damaged the Republican party and imperiled its ’08 presidential nominee. It turns out that even rural Americans – roughly 20 percent of the national electorate – are profoundly fed up.

And if those folks say they are disenchanted, it means the GOP is in serious trouble.

-- DICK POLMAN
The real [Mitt] Romney is clearly an extraordinarily ambitious man with no perceivable political principle whatsover. He is the most intellectually dishonest human being in the history of politics.

Schools, doctors and police often do not share information about potentially dangerous students because they can’t figure out complicated and overlapping privacy laws, according to a report released Wednesday on the Virginia Tech shooting.

A federal bankruptcy judge ordered O.J. Simpson's daughter to give a deposition by week's end in a lawsuit about the former football star's canceled book, "If I Did It."

A judge already ordered the bankrupt company owned by Simpson's children to turn over any copies of the book in which the former NFL star explains how he might have committed the killings of ex-wife Nicole Brown Simpson and Ron Goldman.

Simpson, who has maintained his innocence, was acquitted in 1995 of criminal charges in the deaths.

Goldman's family wants to rename the book "Confessions of a Double Murderer" and sell it to collect part of the $33.5 million they won nearly a decade after a civil jury found Simpson liable for Goldman's death.

-- KELLI KENNEDY
In the early days of the second-wave women’s movement — and actually all the way through the 1990s — feminists debated whether the best way to make serious, lasting change was by changing the world outside or changing ourselves. Today, we’re debating the merits of “choice feminism” and “Sex-and-the-City”-style empowerment, but we’re asking ourselves the same question: What needs transforming, our head or the world? Depending on your answer, feminism becomes a culture or a cause.

Inert, over-enlarged, weight-trained hands and limp, dangling arms are my beef against our current crew of starlets - like Kirsten Dunst, who's appealing enough as an Angie Dickinson without the sizzle but whose klunky man-paws we've been forced to contemplate from "Marie Antoinette" through "Spider-Man 3."

Photograph by Johan Persson/ArenaPAL
Posted by Shaun Mullen at 5:00 AM
Email ThisBlogThis!Share to TwitterShare to FacebookShare to Pinterest