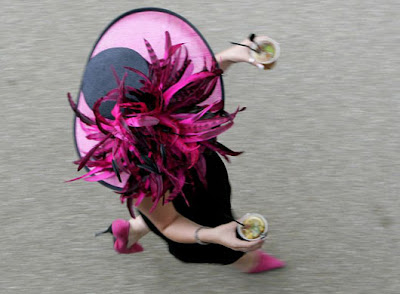 So the table has been set for a big brouhaha over "Sicko," which contends that the American system of private medical insurance is a disaster, and that a state-run system, such as exists nearly everywhere else in the industrialized world, would be better. This argument is illustrated with anecdotes and statistics — terrible stories about Americans denied medical care or forced into bankruptcy to pay for it; grim actuarial data about life expectancy and infant mortality; damning tallies of dollars donated to political campaigns — but it is grounded in a basic philosophical assumption about the proper relationship between a government and its citizens.

Mr. Moore has hardly been shy about sharing his political beliefs, but he has never before made a film that stated his bedrock ideological principles so clearly and accessibly. His earlier films have been morality tales, populated by victims and villains, with himself as the dogged go-between, nodding in sympathy with the downtrodden and then marching off to beard the bad guys in their dens of power and privilege. This method can pay off in prankish comedy or emotional intensity — like any showman, Mr. Moore wants you to laugh and cry — but it can also feel manipulative and simplistic.

In "Sicko," however, he refrains from hunting down the C.E.O.'s of insurance companies, or from hinting at dark conspiracies against the sick. Concentrating on Americans who have insurance (after a witty, troubling acknowledgment of the millions who don’t), Mr. Moore talks to people who have been ensnared, sometimes fatally, in a for-profit bureaucracy and also to people who have made their livings within the system. The testimony is poignant and also infuriating, and none of it is likely to be surprising to anyone, Republican or Democrat, who has tried to see an out-of-plan specialist or dispute a payment.

With the U.S. House of Representatives expected to consider a medical marijuana amendment within weeks, Rhode Island legislators have resoundingly overridden a gubernatorial veto to make that state's medical marijuana law permanent.

President Bush is notorious for issuing statements taking exception to hundreds of bills as he signs them. This week, we learned that in a shocking number of cases, the Bush administration has refused to enact those laws. Congress should use its powers to insist that its laws are obeyed.

The Government Accountability Office, a nonpartisan arm of Congress, investigated 19 provisions to which Mr. Bush objected. It found that six of them, or nearly a third, have not been implemented as the law requires. The G.A.O. did not investigate some of the most infamous signing statements, like the challenge to a ban on torture. But the ones it looked into are disturbing enough.

When the Bush presidency ends, there will be a great deal of damage to repair, much of it to the Constitutional system. Congress should begin now to restore the principle that even the president and those who work for him are not above the law.

(Dick Cheney) is the first self-selected, unelected, totally disconnected person to serve a heartbeat away from the Presidency.

When the ’08 candidates get around to picking their running mates, voters would do well to keep the Cheney nightmare in mind. It’s no laughing matter.

Over the past several months it has become clear that the has become much more interested in a 'bottom up' political and military strategy in . . . . The good news is that the Americans have finally found a technique that allows them to find and get at the al Qaeda cells in . The bad news is that the Shi’ite and Kurdish majority in , more than 80% of the population, doesn’t like what the Americans are now doing.

That the war has morphed once again into one largely against al Qaeda and Islamic terrorists is lost on critics. All the old bogeymen — Ashcroft, Bremmer, Feith, Libby, , Rumsfeld, Wolfowitz — are gone. But the media and opposition searches for new ones to blame for a policy they largely once endorsed. Witness the new slurring of the Joint Chiefs Chairman Gen. Pace as incompetent and Gen. Petraeus — our most innovative commander in a generation — as less than candid and not in touch with operations under his command.

One consequence of political journalism which is overwhelmingly focused on how things seem relative to some arbitrary expectations rather than on how they are is that there really is a tremendous lack of coverage on how actual policies might impact people and the world. So, a bit of money spent to try to defend against a potential ecological disaster is described as "quirky."