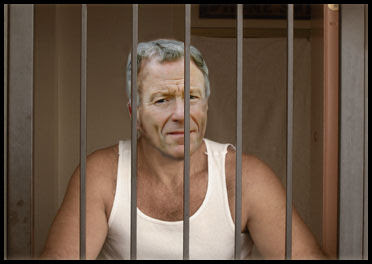 The number of people who would be angered by a (Scooter Libby) pardon who haven't already abandoned the president could fit in an airport shuttle bus.

Dickerson has it exactly right. So how then to explain the hemorrhage of feelings from conservatives this week over the impending imprisonment of a very smart man who nevertheless valued loyalty over honesty, was caught dead to rights and cooked to a turn in a trial that will be appeal proof?

One answer is that there is a lot of sympathy for Libby’s wife and children (indeed not just from conservatives). The cliché that you don’t get to pick your parents has been getting a vigorous workout since U.S. District Judge Reggie Walton told Vice President Cheney’s former chief of staff that he needed to get ready to shove off for the country club with bars . . . er, the Big House in six to eight weeks. Unless President Bush intervenes, of course.

Another answer is that a lot of otherwise intelligent conservatives still don’t understand – or don’t want to understand – what Libby was indicted, tried and convicted for because they don’t think there was an underlying crime. For cryin' out loud! Paris got caught driving drunk and then drove with a suspended license. Twice. And they remain confoozled about why Valerie Plame’s CIA job status and Joseph Wilson’s trip to were not allowed to be put into play in Walton’s courtroom.

Yet another bunch of conservatives wail that Walton was too tough on Libby and is a supercillious (read uppity) Negro who refused to kiss the asses of the legal lights who signed Scooter's amicus brief. As it is, the 30-month sentence is smack dab in the middle of the federal sentencing guideline and Hizzoner is exactly the kind of guy that conservatives would otherwise applaud – a no-nonsense judge who has long hurled fire and brimstone from the bench regardless of whether the perp is a carjacker or a bond daddy gone bad. (By the way, Walton pretty much was required by law to deny bail to Libby because an appeal is going to be DOA given the overwhelming evidence and apparent lack of procedural missteps.)

No, I think that all this conservative hankie wringing boils down to one thing: They simply believe that it’s unfair that Scooter has to go up the river.

This is a remarkably uncreative -- and I daresay dumb -- response coming as it does from a chickenhawk peanut gallery that had been slavishly worshipful of George Bush until the stink got so bad that they pinched their noses and fled crying that he had not really been one of them all along.

This is a president who himself has taken astonishing liberties with the truth, coddled the rich and shat on the poor, turned a blind eye to the suffering of Hurricane Katrina victims, advocated torture, suspended habeas corpus, applied the law anything but equally, turned the Just Ice Department into a branch of the Republican Party and committed several hundred thousand men and women to a Forever War of which some Libby sycophants have the temerity to say he is an unwitting victim.

Photo courtesy of My Left Wing
Posted by Shaun Mullen at 5:22 AM
Email ThisBlogThis!Share to TwitterShare to FacebookShare to Pinterest