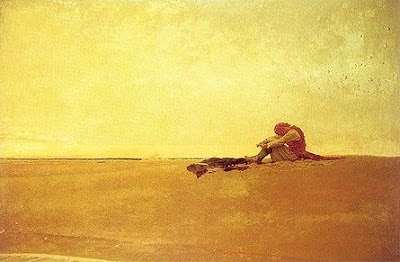 This paper investigates the internal governance institutions of violent criminal enterprise by examining the law, economics, and organization of pirates. To effectively organize their banditry, pirates required mechanisms to prevent internal predation, minimize crew conflict, and maximize piratical profit. I argue that pirates devised two institutions for this purpose. First, I analyze the system of piratical checks and balances that crews used to constrain captain predation. Second, I examine how pirates used democratic constitutions to minimize conflict and create piratical law and order. Remarkably, pirates adopted both of these institutions before the United States or England. Pirate governance created sufficient order and cooperation to make pirates one of the most sophisticated and successful criminal organizations in history.


There’s no doubt that a good argument could be made, and often is, that the most famous of American prognosticators is none other than the enigmatic Edgar Cayce, and I certainly would never take anything away from his extraordinary psychic achievements. But, I talk today about another man with the gift of sight, a soothsayer wrapped in the illusory façade of a simple humorist whose intelligence and foresight was both underestimated and underappreciated back in his day. However, today he's proving to be the Nostradamus of American life whose forward vision was leaps and bounds ahead of his own 19th-Century.

Via Reihan news that Napoleon "was in fact of average height for his time: the confusion stems from the difference between English and French measurements." Really? Indeed, some even suggest he was taller than average. The confusion is in how he was measured, and when. "Some historians claim the French emperor's height was recorded as 5 ft 2 in French units, corresponding to 1.68 meters or 5 ft 6 in Imperial units. A French inch was 2.71 centimetres while an Imperial inch is 2.54 centimetres." Others say he wouldn't have been measured with a French yardstick until after his death, particularly given that he was under British control on , and thus was almost certainly measured by a British yardstick, which would back up the 5 ft 2 claim.

Those of us who live in DC have one more monument in our midst (growing monuments is the city past time). It is the statue in memory of the victims of communism. You remember communism, right? The whole cold war thing? Cuban missile crisis? Reagan and his tear down the wall? German reunification? Remember all of that?

Well we won. And so now there's a monument to our victory over the evil commies in DC. What does the statue look like? Well it's patterned after the "Goddess of Democracy" statue that Chinese students created and carried into during the pro-democracy protests of 1989.

Wait, you might ask yourselves. We've erected a statue celebrating our victory over communism, and the design is based on a pro-democracy symbol that was torn down, crushed and steam-rollered over by our current good friends and trading partners - the Chinese? Who are, after all, still communists. And the ones who massacred the students and protesters in . Surely this was the perfect opportunity to make a blow for freedom against communist , right?

Nature is full of surprises. When atoms were first proved to exist (and that was a mere century ago), they were thought to be made only of electrons and protons. That explained a lot, but it did not quite square with other observations. Then, in 1932, James Chadwick discovered the neutron. Suddenly everything made sense—so much sense that it took only another 13 years to build an atomic bomb.

It is probably no exaggeration to say that biology is now undergoing its “neutron moment”. For more than half a century the fundamental story of living things has been a tale of the interplay between genes, in the form of DNA, and proteins, which the genes encode and which do the donkey work of keeping living organisms living. The past couple of years, however, have seen the rise and rise of a third type of molecule, called RNA.

The analogy is not perfect. Unlike the neutron, RNA has been known about for a long time. Until the past couple of years, however, its role had seemed restricted to fetching and carrying for DNA and proteins. Now RNA looks every bit as important as those two masters. It may, indeed, be the main regulator of what goes on in a cell—the cell's operating system, to draw a computing analogy—as well as the author of many other activities (see article). As important, molecular biologists have gone from thinking that they know roughly what is going on in their subject to suddenly realising that they have barely a clue.

That might sound a step backwards; in fact, it is how science works. The analogy with physics is deeper than just that between RNA and the neutron. There is in biology at the moment a sense of barely contained expectations reminiscent of the physical sciences at the beginning of the 20th century. It is a feeling of advancing into the unknown, and that where this advance will lead is both exciting and mysterious.

There are no hard statistics on tattoo removal, but Catherine A. Kniker, a senior vice president for Candela, a laser manufacturer, calculated that Americans may have 100,000 laser tattoo removal treatments this year.

Tattoos have been used for centuries to reflect changes in life status, whether passage into adulthood or induction into a group like the military or a gang. In recent years, tattoos have also become a fashion accessory, a trend fueled by basketball players, bands and celebrities.

A report by the Food and Drug Administration estimated that as many as 45 million Americans have tattoos. The report based the number on the finding by a Harris Interactive Poll in 2003 that 16 percent of all adults and 36 percent of people 25 to 29 had at least one tattoo. The poll also found that 17 percent of tattooed Americans regretted it.

A tattoo that cost several hundred dollars could require several thousand dollars and many laser sessions to remove.

If you work for a major corporation or even a smaller, boutique business, you may have had a manager, HR dweeb or some bushy-tailed colleague implore you to "get in the zone", "kick a few goals", "put some runs on the board" or "go for gold!"

After you stifled your desire to drop the clown, did you pause to think when and why your office had transformed from a cluster of wonky, fabric-covered partitions to the sweat-soaked locker rooms at ?

I have an uneasy relationship with sport because, while I enjoy the spectacle of most ball games and admire athleticism of all stripes, mass hysteria and fawning adulation makes me uneasy, especially when it's for people as universally undeserving as pro-athletes.

Sport is a black and white endeavour, you win or you lose; which is undoubtedly part of its appeal amidst the complications of daily life, where you often walk away from situations unsure as to what game you were even playing.

Now, however, we're seeing the corporate world attempt to superimpose the simplicity of sport onto complex business arrangements through pec-flexing maxims like "you gotta want it" and "winning is the only thing".

Image: "Marooned" by Howard Pyle, Oil on canvas, 1909
Posted by Shaun Mullen at 5:00 AM
Email ThisBlogThis!Share to TwitterShare to FacebookShare to Pinterest