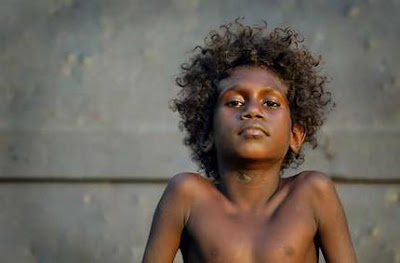 Australian Prime Minister John Howard’s plan to ban alcohol and pornography in indigenous communities has, unsurprisingly, attracted world wide attention. Probably inevitably, the framing of the issue in the international press is largely in terms of civil liberties versus intervention, and this is also the frame preferred by Howard himself.

The situation in many remote indigenous communities, and in camps on the edge of rural towns is so bad that concerns about civil liberties are unlikely to trump any policy that has a serious chance of improving matters. Not only is unemployment high to universal and abuse of drugs and alcohol, with the associated violence and crime, chronic but recent reports have shown high rates of child sexual abuse. Howard’s rhetoric suggests that what is needed is drastic intervention, and a willingness to slay the sacred cows that have dominated policy in the past.

In fact, the situation is far more complicated than that.

If you're one of those who doesn't know the names of anyone on the Supreme court, much less the name of the Chief Justice, perhaps it's time you learned. Perhaps you might wish to reflect on another loss for to the forces of the Right. You voted for these people, you'd better learn to like what you got because we're stuck with them for a long, long time.

U-Haul, the nation's largest provider of rental trailers, says it is "highly conservative" about safety. But a yearlong Los Angeles Times investigation, which included more than 200 interviews and a review of thousands of pages of court records, police reports, consumer complaints and other documents, found that company practices have heightened the risk of towing accidents.

Why will we stay in ?

For the President's pride. For Halliburton's military service contracts. For big oil's hopes and dreams of unfettered access to Iraqi crude. For campaign contributions from defense contractors, to Democrats and Republicans alike. To cover Cheney's ass. Because the Democratic leadership see more advantage in an unresolved Iraq War as an issue in the 2008 election, than they do in turning off the war's money spigot in 2007. Out of cowardice. To make Joe Lieberman happy. To prove John McCain has cojones.

There are other reasons, I imagine, but there is not one good reason to stay there.

The split between Sunnis and Shiites—which plays a role in Lebanon as well—is only one of the divisions within the world of Islam. Within that universe are Shiites and Sunnis, Persians and Arabs, Southeast Asians and Middle Easterners and, importantly, moderates and radicals. The clash between Hamas and Fatah in the Palestinian territories is the most vivid sign of the latter divide. Just as the diversity within the communist world ultimately made it less threatening, so the many varieties of Islam weaken its ability to coalesce into a single, monolithic foe. It would be even less dangerous if Western leaders recognized this and worked to emphasize such distinctions. Rather than speaking of a single worldwide movement—which absurdly lumps together Chechen separatists in Russia, Pakistani-backed militants in India, Shiite warlords in Lebanon and Sunni jihadists in Egypt—we should be emphasizing that all these groups are distinct, with differing agendas, enemies and friends. That robs them of their claim to represent Islam. It describes them as they often are—small local gangs of misfits, hoping to attract attention through nihilism and barbarism.

The liberal blogosphere was actually created just to stalk Ann Althouse. Even worse, sometimes liberal bloggers don't mention her at all as if they believe that they can punish her by pretending to ignore her. But even when they don't mention Ann Althouse by name their attacks continue on a daily basis. Even the posts that don't mention her attack her by implication using coded messages, the way Jose Padilla sends coded messages to terrorists by blinking in Morse code.

That there’s very little in the way of new developments to report is of itself something to report. I’ve read op-eds and editorials published in newspapers from to against the shoddy safety standards for Chinese products.

Here we are nearly four months into this story and neither the FDA nor the USDA have identified any cause for the poisonings of pets. They’ve specifically rejected the only major candidate (melamine). Not much of a sense of urgency, eh?

A revered and emotionally fraught symbol, the flag is no stranger to differing opinions about its proper handling. Soldiers have laid down their lives for it, protesters have burned it and lawmakers have considered altering the Constitution to protect it.

But in Michigan, the differing response to [Governor] Granholm’s order is part of a broader and, perhaps, more universal wrangle over how to commemorate tragedy when there is so much of it and whether lowering the flag each time a soldier is killed cheapens the tribute by doing it too often.


Real chocolate is made from crushed cacao beans, which provide not only solid cocoa mass but also cocoa butter that is vital to texture because, quite literally, it melts in your mouth. Industrial confectioners have petitioned the Food and Drug Administration to be able to replace cocoa butter with cheaper fats and still call the resulting product “chocolate.” The reason: the substitution would allow them to use fewer beans and to sell off the butter for cosmetics and such.

Over the next five days, the Guardian is publishing their list of the top 1000 films ever , in alphabetical order. Naturally, being the Guardian, they manage to screw up before getting past "A" through the shocking omission of All About Eve, without which no such list can be taken seriously. I’m sure our commenters will spot other similar outrages as the week unfolds.

Please blog about why the Olympics are being held in China next year when such human rights atrocities are so rampant in China.

Lets not forget that the Ccp has its own genocide happening with the vile persecution of Falun Gong practitioners in China. Next July 20 will mark 8 years of barbaric acts against the very best of humanity.

Live Organ harvesting from Falun Gong practitioners has been described as a new form of evil on the planet, Manfred Nowak has reported in his UN report March 2007 that these allegations are well founded and serious.

Why is Falun Gong persecuted ?

The Chinese Communist Party's (CCP) ideology is violently opposed to spiritual belief which has caused the breakdown of morality and the poisoning of human conscience in China. The practice of Falun Gong was restoring the moral traditions of the Chinese people which made Falun Gong practitioners the target of a campaign of eradication by the CCP.

This is not a random comment you sound like a good man and this is persecution is directly targeting humankind's conscience.