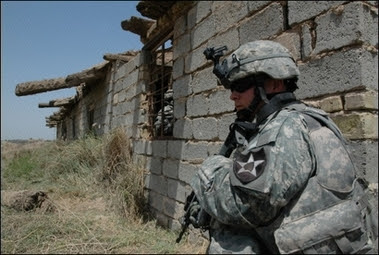 The inestimable Juan Cole nails it:

"The US offensive in Baquba, the capital of Diyala province northeast of Baghdad, is intended to root out Salafi Jihadi forces among the Sunnis that have come to dominate entire neighborhoods and entire towns in the province, which lies between Baghdad and Iran. But most of the forces involved seem to be American and Shiite (the 2,000 'paramilitary police' mentioned are surely from the Badr Corps paramilitary of the Supreme Islamic Iraqi Council [SIIC], the leading Shiite party with links to Iran). Diyala has a Sunni majority, and a lot of the problems in that province began politically in the first place because SIIC has dominated it politically. In the short term, this operation may 'pacify' Baquba. But likely it will inflict tremendous damage on the city, will cause a lot of the 300,000 or so inhabitants to flee and become refugees, and will likely not change the political situation, which is Shiite dominance of Sunnis along with some Kurdish separatist plans for parts of the province. Falluja had 2/3s of its buildings destroyed and tens of thousands of its former inhabitants are living in tent cities in the desert with bad water, and Falluja is still not secure--kidnappings, shootings, mortar attacks, even car bombings are all still taking place there and in its environs."


U.S. Armed Forces Photograph via AFP
Posted by Shaun Mullen at 5:42 AM
Email ThisBlogThis!Share to TwitterShare to FacebookShare to Pinterest