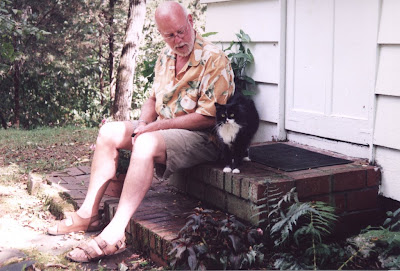 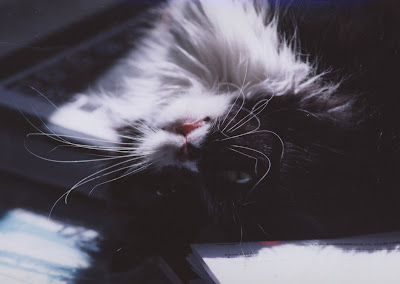 BLOGGER AND NAMESAKE
No one knows when Kiko, the namesake of this blog, came into the world in a hayloft above the stables where the Dear Friend & Conscience rode.

But the DF&C, counting back the weeks or so before she rescued this black-and-white teacup of a runt, figures it was 10 years ago this week. Or thereabouts.

Kiko was a hellion from the day she arrived home, and even as a wee kitty was ferocious and sweet – ferocious to any mousie or other rodent that mistakenly crossed her path during her early explorations and sweet to the DF&C and I and her mentor, a big goog of a cat by the name of Panda.

Los Lobos had released it's marvelous "Kiko" album about the time we got around to naming her.


* * * * *
Everyone thinks that their kitty is special, but there is no denying the Kiko is very special.

Cats are a lot smarter than people give them credit for; they just aren't inclined to let down their independent-minded guard and share that inate intelligence with mere two-legged mortals. Kiko, however, is an exception.

She alerts the DF&C or I when Kimba wants to come in the house. She has quite a selection of catnip toys -- stuffed Bill and Hillary Clintons, Dubya Bush, Bill Gates, Ahnold Schwarzenneger, and so on, which she places in groupings, or in one case a groping when Bill ended up on top of Hill.