Iraq II: The Power of Propaganda 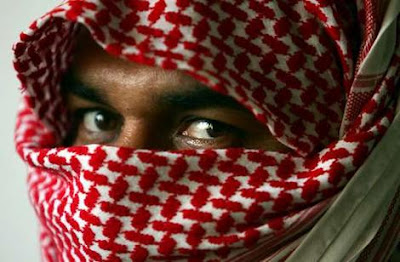 The greatest weapon of the Iraqi insurgency is not the roadside bomb or rocket launcher. It is propaganda.


Al Qaeda and other insurgent groups are responsible for the majority of combat deaths. But in going online to preach to the so-called Arab street and hurl verbal fire and brimstone at the American occupier, they have proven to be adept at turning on its ear the old adage that "Sticks and stones may hurt my bones but words will never hurt me."

The authors contend that the popularity of the insurgent media is that it reflects a real demand for their message in the Arab world. To which I add that the U.S.'s pushback in the form of the Al Hurra satellite TV station has been a joke, albeit a well intentioned one.

But the insurgent message goes only so far. As is noted in a Radio Free Europe/Radio report:

"Kimmage and Ridolfo argue that the loss of coordination and message control that results from decentralization has revealed fundamental disagreements about 's present and future between nationalist and global jihadist groups in and that these disagreements are ripe for exploitation by those interested in a liberal and democratic .

"The report also finds that anti-Shi'ite hate speech is an increasingly prominent part of the insurgent message. With sectarian killings on the rise in , the tenor of invective points to the possibility of even greater bloodshed. A wealth of evidence shows that hate speech paved the way for genocide in in 1994, for example."

Click here for more, as well as links to the report.