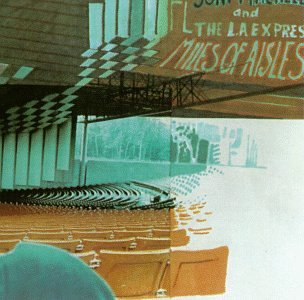 Coming off of the terrific 885 Greatest Artists of All Time countdown at WXPN-FM, I'm cherry picking a half dozen albums from the top 20 artists for the Kiko's House Disk Picks for October.

Meanwhile, drop us a line at kikokimba@gmail.com and let us know what you're listening to, especially new stuff from any genre that might have escaped our middle-aged ears. We'll feature your picks next month.

ENGLIGHTENMENT
(Van Morrison)
It has been nearly 40 years since a squeaky voiced Irishman unleashed "Astral Weeks" on an unsuspecting American music-listening public. A gadzillion albums later, Van Morrison hasn't necessarily gotten better -- I think his '90s work was the most consistently excellent -- but he sure hasn't gotten shabby, either. He earned the No. 13 spot in the Greatest Artists countdown.

"Enlightenment," released at the beginning of the '90s, is all over the place -- from the hard rocking "Real, Real Gone" to the introspective spoken word "In the Days Before Rock 'n' Roll," and I follow in rapture everywhere Van the Man goes.
GRACELAND
(Paul Simon)
"Graceland," a 1986 release, was the first blend of Afro Pop and American Folk that I can recall hearing, as well as tres controversial at the time because Simon recorded with South African musicians in defiance of U.N. sanctions.

Simon, voted No. 20 on the Top Artists list, a click below Elvis Presley at No. 19, did great work before and great work since, but "Graceland" is his masterpiece, a beautiful and powerful album with nary a bad note, let alone a weak cut.

KAYA
(Bob Marley & The Wailers)
The man who took reggae mainstream clocked in at No. 14 on the Greatest Artists list (with Van Morrison at No. 13 and Eric Clapton at No. 15). Marley did not finish that high just because of his infectious, toe-tapping riddims. His body of work is deep and continues to grow in stature since his premature death.

I picked "Kaya," released in 1978, not because it is one of Marley's best known albums but because it was scorned at the time by critics because they were shocked that it was not filled with revolutionary fire and brimstone, instead revealing a hitherto unknown side of the great man -- an ability to write and sing beautifully about love.


LED ZEPPELIN II
Truth be known, I never gave Led Zeppelin its due back in the day. Sure, I liked "Whole Lotta Love," "Stairway to Heaven" and their other hits, but I wasn't transported like many Zep fans were.

Twenty-seven years after "Led Zeppelin II" was released, I'm transported, and I wasn't surprised when 'XPN listeners voted the band No. 6 on the Greatest Artists list, sandwiched between U2 at No. 5 and the Grateful Dead at No. 7. This simply is the greatest album from the greatest heavy metal band ever.

MILES OF AISLES
(Joni Mitchell)
I went on the road during the summer of 1974 and had plenty of opportunity to listen to the just released "Miles of Aisles," Joni's first live album. I was very disappointed. Tom Scott's L.A. Express backup band sounded too slick for the folk diva.

But when I look at the long arc of Joni's career (as did 'XPN listeners in voting her No. 10, between Pink Floyd at No. 9 and Jimi Hendrix at No. 11), my grumpy assessment seems misplaced. This is a flawed but ultimately satisfying album, and I'll never tire of hearing her sing "Rainy Night House."


TIME OUT OF MIND
(Bob Dylan)
Dylan finished second behind the Beatles in the Greatest Artists countdown and just ahead of the Rolling Stones at No. 3, and this 1997 album is a testament to his durability and ability to remain fresh.

Sung with a passion that I found lacking on many of Dylan's '80s and early '90s albums, the 11 tracks on "Time" are soaked in lamentation and regret, but are at the same time are uncannily upbeat. Just don't ask me to explain why I think that's so, okay?
PREVIOUS KIKO'S HOUSE DISK PICKS

Posted by Shaun Mullen at 3:13 AM
Email ThisBlogThis!Share to TwitterShare to FacebookShare to Pinterest