Iraq II: Is This What the Future Will Look Like? 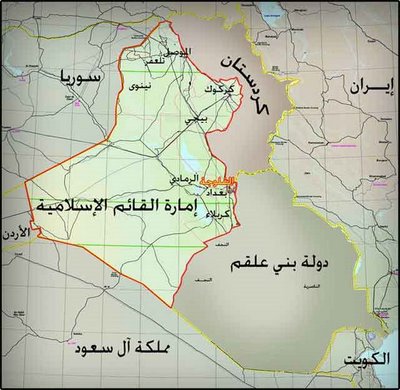 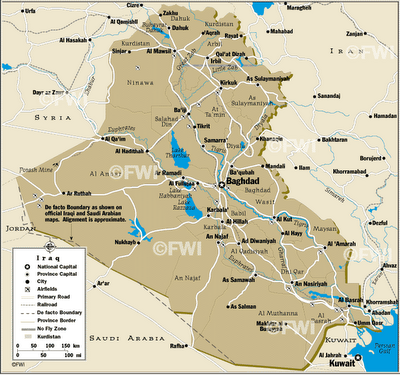 The top image is a map of the new Islamic State of Iraq declared by Al Qaeda and other insurgent groups earlier this month.

The declaration received little notice in the U.S. media and the map bears no resemblance to the political map of present day Iraq below it, let alone the borders posited by the folks pushing for a partition of Iraq into Shiite and Sunni enclaves to go along with the existing Kurish enclabe of Kurdistan.

The Shiites would control the lion's share of the state, while the Sunnis and Kurds would end up with considerably less territory. Fallujah, not Baghdad, would be the capital.

The map appears on several Arabic web sites. More here. For more about the Islamic State, go here after brushing up on your Arabic.
Posted by Shaun Mullen at 2:24 AM
Email ThisBlogThis!Share to TwitterShare to FacebookShare to Pinterest