The Inside Scoop on U.S. Gasoline Prices 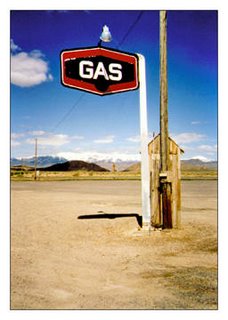 You don't have to be paranoid to believe that the White House orchestrated the extraordinary drop in U.S. gasoline prices just as mid-term elections crucial to the Republican Party were approaching.

While the Bush administration would like to take credit, it can't. The president of the United States may be a very powerful dude, but the arcane machinations of the global oil market are beyond even his long reach.

The reason that American motorists are paying nearly a dollar less at the pump than they were 10 weeks ago is banal in the extreme:

It's because of hedge fund investors who were betting the ranch that there would be a repeat of the devastating 2005 hurricane season that sent prices -- and oil company profits -- soaring.

These investors had poured gadzillions of dollars into long-term positions in oil, gasoline, natural gas and other energy commodities and took a bath in August when the 2006 hurricane season forecast was radically downgraded.

Not to worry. Prices will be going back up sooner or later, and one sure sign of that is OPEC ministers meeting to consider production cuts.

More here and here.
Posted by Shaun Mullen at 2:57 AM
Email ThisBlogThis!Share to TwitterShare to FacebookShare to Pinterest