Election III: The Debacle of the Bush Presidency 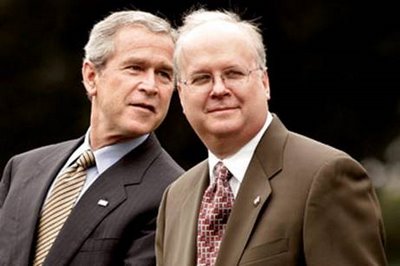 "I don't know about you, but I'm tired of all this presidential shit"
There will be many commentaries on the debacle of the Bush presidency in the coming months and years, but British journalist and historian Niall Ferguson provides a nifty pre-election pre-morten in The Telegraph.

"In the aftermath of George W Bush's re-election as president two years ago, his campaign manager, Karl Rove, amused himself and his boss with a battery-powered "Redneck Horn". At the touch of a dashboard button, the device would yell insults in a raucous Southern accent, providing automated road rage for 'red state' Republicans.

"The toy's abusive messages ranged from the relatively mild 'Slow down, dumbass!' to 'Hey, hogneck, who taught you how to drive?'; 'What the hell was that manoeuvre?'; 'Are you freaking blind?' and 'You're a goddam moron!' How they all laughed in the White House, if the Bush administration's renegade court historian, Bob Woodward, is to be believed.

"Today, however, the joke is on them. For the Redneck Horn could now just as easily be used by ordinary Americans to express their frustration not merely with Mr Bush but with the entire Republican Party. With a little over a week remaining until the congressional mid-term elections on November 7, some opinion polls indicate that 'You're a goddam moron!' is precisely the message voters intend to send the White House.

"Certainly, 'freaking blind' sums up the majority view of the administration's policy in Iraq. And, after the bewildering scandals that have ended the careers of three Republican congressmen in the space of six months, Americans have any number of reasons to ask their elected representatives: 'What the hell was that manoeuvre?' "

You can read the rest here.
Posted by Shaun Mullen at 3:20 AM
Email ThisBlogThis!Share to TwitterShare to FacebookShare to Pinterest