Voices In the Debate on the Resolution 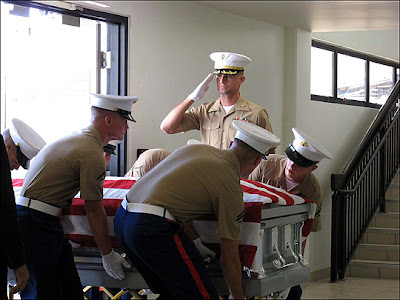 War is never easy and almost never goes according to plan. Al Qaeda and their supporters in the region have been steadfast. . . . But because they cannot defeat Americans on the battlefield, Al Qaeda and terrorist sympathizers around the world are trying to divide us here at home. Over the next few days we have an opportunity to show our enemies that we will not take the bait.

The president's plan will embroil our troops even more deeply in a sectarian conflict that everyone agrees we cannot solve, and which ultimately cannot be solved militarily.

Madam Speaker, where's your plan for victory in ?

As a new member of the House I feel it is my responsibility to ask serious questions of the president, who refuses to take this institution seriously.

The president's plan to send more of our best and bravest to die refereeing a civil war in is wrong. It's time for a new direction in .

While there is no silver bullet to make our mission in easier, it is clear that eliminating or cutting funding for our men and women who wear the uniform of the is not a plan for ensuring stability in the . It is, rather, a recipe for empowering our enemies and endangering our troops.

If you support the troops, and you want to win this war on terror, then you do not support tactics that don't work. This is not about Republicans or Democrats winning or losing. This debate is about making sure our country is successful in the war on terror.

We have to get out now, not two years from now, after a new president takes office. We're killing them and they're killing us and nothing is getting better and the reasons we started this turned out to be false. The American people know this and today they are watching our debate. They will judge us by our actions.

At this moment, a majority of Americans appear to be with the Democrats. But, what if? What if they're wrong? What if you're wrong? What if the “surge” and General Petraeus and our brave men and women in succeed? My Democratic colleagues would do well to reflect on this truth: The American people hate losers, but they hate quitters even more. If this new strategy in succeeds, what will my friends in the Democratic Party say?

All of us long for a world in which the mortal challenge of Islamist militant extremism does not exist. But that world is a fantasy and that's the world this resolution seems to address.

Posted by Shaun Mullen at 5:53 AM
Email ThisBlogThis!Share to TwitterShare to FacebookShare to Pinterest