What a Difference a Year Doesn't Make 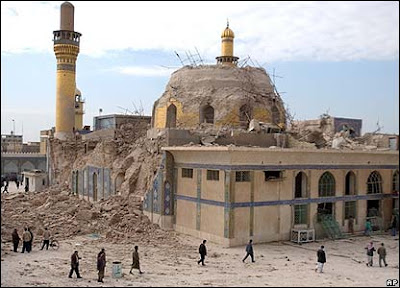 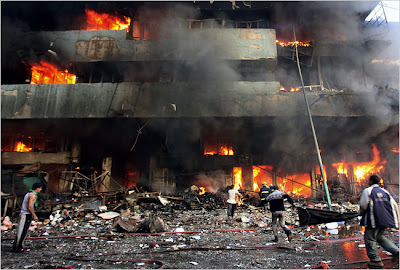 A sectarian bloodbath that began with the bombing of the Shiite Golden Mosque in Samarra (top photo) entered entered its second year with a bang – thunderous car bombs destroying a crowded marketplace in the heart of Baghdad, engulfing an eight-story building in flames and killing at least 78 people in the latest in a series of attacks against Iraq's religious majority.

More here on the blast and here on the Golden Mosque one year after the Sunni insurgent attack and unofficial beginning of a civil war that the Bush administration refused to acknowledged even existed until recently.

Posted by Shaun Mullen at 6:51 AM
Email ThisBlogThis!Share to TwitterShare to FacebookShare to Pinterest