This Is Knot How To Run a War 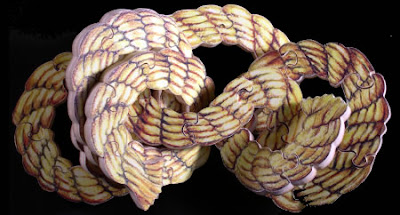 Liberal American unleashes a corker at My Left Wing:

With the Senate tied in knots over the Iraq War--and the House about to do the same--'s elected officials have once again provided the Iraqis with yet another example of how not to govern. If we can't even figure out how to carry off a simple vote on , how do we expect Shiites and Sunnis to come to agreement?

In the case of the Iraqis both sides seem more interested in taking their chances on the battlefield than in actually committing to the democratic process. If CSPAN's cameras sometimes catch the United States Senate with a near-empty chamber, in Iraq the emptiness is quite real since some of its elected officials no longer live in Iraq and have no intention of giving up the good life in Jordan or Europe for the efforts and uncertainties of governing.

And why should they when the United States Senate provides such an instructive example. Both Democrats and Republicans, not unlike their Iraqi counterparts, have done their best to spin this latest mess as the fault of the other side or as a tangled Gordian Knot that cannot be unraveled. In actuality the dilemma is quite simple.