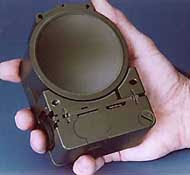 I usually don’t have much to say about the natterings of White House press secretaries. There are bloggers who seem to obsess on their every word, which more than takes up the slack for the rest of us who think there are more important things to discuss.

But I’m going to make an exception for something that Tony Snow said this week. While Snow is an improvement over his predecessors, he is only as good as the script he is given, although he does seem to be better at tap dancing around it.

The Bush administration’s circumlocutions on as Bogeyman have been something to behold, leaving Snow to run interference between all the unsubstantiated crap being mouthed and the blowback from the people who are knocking it down.

Now this is the part of the movie where I note that ’s intentions in are malevolent. But an administration that is so accustomed to making stuff up to suit its purposes just can’t help itself when it comes to blaming Teheran for everything short of a toilet paper shortage in the Green Zone.Take the very sensitive issue of Explosively Formed Generators, which having been causing a disproportionate number of deaths and injuries to troops. The administration line is that EFGs are being manufactured in and smuggled into , but there are two problems with this overarching statement:

First, while there is no question that has had a hand in EFG manufacturing (witness Hezbollah in ), that nation is led by Shiites and supports Iraqi Shiites. This is why anti-American Shiite cleric Moqtada Al-Sadr is hiding out in if he isn’t still in or working on his tan in the Bahamas.

Yet the vast majority of EFG attacks against American troops in involve Sunni insurgents. Got that?

Second, the administration has portrayed EFGs as some kind of high-tech gadget. As Snow said in response to a reporter’s question: "You cannot deny that there presently is no manufacturing capability within able to produce those kinds of weapons."

Actually, EFGs are pretty simple to make and there is at least one instance in which American troops have stumbled on an EFG factory smack dab in the middle of .

Now I have no desire to pile on Snow, and it is obvious that the White House is aware that the credibility of its claims is going to be suspect because of all the bamboozling it did in the run-up to the invasion of . But doncha think that there would be somebody who would try to get stuff like this right?

More here. And click here for the lowdown on the EFG in its various forms, including a model used by U.S. Special Forces shown in the photograph.
Posted by Shaun Mullen at 5:53 AM
Email ThisBlogThis!Share to TwitterShare to FacebookShare to Pinterest