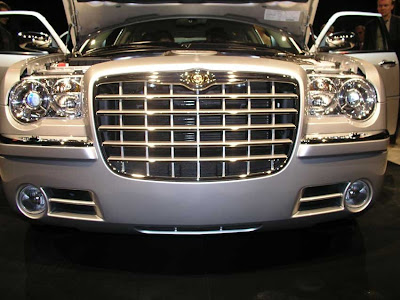 It has not been the happiest of Valentines Days in the community where Kiko’s House is located. A crippling ice storm would freeze the most passionate lover's kiss, while word came from that our Daimler Chrysler assembly plant will shut down after 55 years.

The plant, which makes Dodge Durango and Chrysler Aspen SUVs, will remain open until 2009, but will soon cut back to a single shift, eventually leaving in the lurch 2,100 employees and another 895 people who work for local suppliers.

Everyone knows someone who has worked at the plant, a lynchpin of the community that made Pershing tanks for the Army beginning in 1952 before converting to truck and then automobile production.

The closing is part of a massive Chrysler restructuring that follows record losses in 2006. Chrysler will eliminate 13,000 hourly and salaried jobs in all, or about 16 percent of its 82,500 employee global work force.

Anyone who has had their finger on the pulse of the American automobile industry could have seen the closing coming.

While Chrysler’s fortunes briefly rose after being taken over by Daimler, which makes the Mercedes brand, it shares many of the same fundamental problems as do General Motors and Ford Motors:

Boring product lines that lack the sizzle and economy of the vehicles (also made in the U.S.A.) by Toyota and other Japanese manufacturers, and a failure to foresee the collapse of the SUV market and increasing demand for hybrids.

The Chrysler fleet has seemed especially out of step to me: flashy and derivative pimpmobile stylings that seem like caricatures of themselves.

Our local plant remained open as long as it did because of its reputation for building vehicles with fewer assembly-line defects. Too bad that the guys with the big offices in forgot how to design and sell them.

Posted by Shaun Mullen at 6:02 AM
Email ThisBlogThis!Share to TwitterShare to FacebookShare to Pinterest