An Update on the Gardasil Controversy 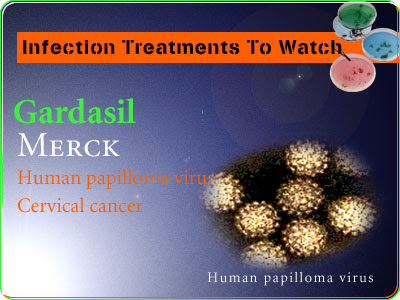 Merck & Co., responding to mounting criticism over its strong-arm tactics, says it will stop lobbying state officials to require that girls receive its Gardasil cervical cancer vaccine before they can attend school.

The giant drugmaker said it made the decision after several groups, including the American Academy of Pediatrics, said there wasn't enough state funding to pay for the $360 vaccine.

What Merck did not say was that there was growing criticism over it hijacking public-health policy in the service of marketing a drug that represents a potential $3 billion in annual sales.

"Merck's early push was not the way to go," said Larry Pickering, executive secretary of the advisory committee on immunization practices for the U.S. Centers for Disease Control and Prevention, in Atlanta. "We want to convince people to use the vaccine because of its benefits. Immediately implementing school laws is not optimal. We need to gather more data and reevaluate to see whether this kind of approach is necessary.''

No matter, Merck accomplished what it set out to do -- garner loads of free publicity as legislatures in 20 states considered or adopted mandatory programs for middle school-aged girls to be vaccinated. When the publicity began turning bad, the drugmaker said it would stop lobbying. For the time being.

As I noted in a post on Monday, there is no question that Gardasil is a breakthrough drug because it dramatically reduces the odds of women getting deadly cervical cancer as a result of being infected by the human papillomavirus (HPV).

Texas Governor Rick Perry's recent decision to require 11- and 12-year-old girls to be vaccinated with Gardasil ignited a firestorm of controversy among conservative religious and sexual abstinence advocacy groups who claim it will encourage young girls to have sex. Texas and other state have opt-out provisions for parents who do not want their daughters to be inoculated.

Sources tell me that Gardasil tests are underway at Merck involving men and that the vaccine eventually will be offered to them, as well.

Groups such as the Family Research Council and Focus on the Family oppose making the shot mandatory and say parents should make the decision for their girls. Other groups have also questioned the need for making the vaccine mandatory since HPV isn't spread by casual contact.

More here.
Posted by Shaun Mullen at 5:49 AM
Email ThisBlogThis!Share to TwitterShare to FacebookShare to Pinterest