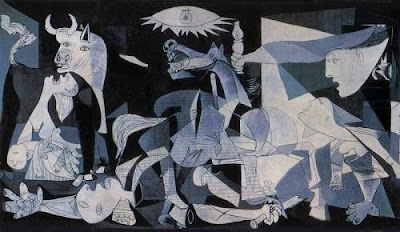 The time-honored concepts of soldiers fighting with a sense of purpose on the battlefield and civilians supporting them on the home front are getting vigorous workouts as the war slouches toward its fifth year with no end in sight. But how do these concepts play out -- and are they even valid -- if the war in question is morally suspect?

There is a chillingly prescient passage in “Going After Cacciato,” the masterful Vietnam War novel by Tim O'Brien, that addresses this conundrum, which is central to both the Vietnam and Iraq wars.

Is it possible to do the right thing when the war is the wrong thing?

In the following passage, Fahyi Rhallon, a captain in the Savak, the Iranian internal security force, muses on this conundrum in a Teheran discotheque in an exchange with Doc, who is a member of a ragtag band of American soldiers on a fantastic trek to find Cacciato, a private who has deserted his post in Vietnam and is intent on walking 8,000 miles to Paris for the peace talks.

“A nice trick,” Doc said. “But you changed the subject. We’re not talking about winning and losing. We’re talking about how it feels. How it feels on the ground. And I’m saying the common grunt doesn’t give a damn about purposes and justice. He doesn’t even think about that shit. Not when he’s out humping, getting his tail shot off. Purposes – bullshit! He’s thinking about how to keep breathing. Or . . . or what it’ll feel like when he hits that mine. Will he go nuts? Will he throw up all over himself, or will he cry, or pass out, or scream? What’ll it look like – all bone and meat and pus? That’s the stuff he thinks about, not purposes.”

The man touched his moustache and smiled. “And purpose is what keeps him from running. Without purpose men will run. They will act out their dreams, and they will run and run, like animals in a stampede. It is purpose that keeps men at their posts to fight. Only purpose.” . . .

“Maybe so, Doc was saying. “Maybe purpose is part of it. But a bigger part is self-respect. And fear.”

“You bet. Self-respect and fear, that’s why soldiers don’t run.”

“Right on. We stick it out because we’re afraid of what’ll happen to our reputations. Our own egos. Self-respect, that’s what keeps us on the line.”

“But does not purpose reflect on self-respect?” the Savak officer said. “Does not the absence of good purpose jeopardize the soldier’s own ego, thus making him less likely to fight well and bravely? If a war is without justice, the soldier knows that the sacrifice of his life, his own valued life, is demeaned, and therefore his self-respect must likewise be demeaned. Is that not so?”


Image: Pablo Picasso's "Guernica" (1937)
Posted by Shaun Mullen at 5:35 AM
Email ThisBlogThis!Share to TwitterShare to FacebookShare to Pinterest