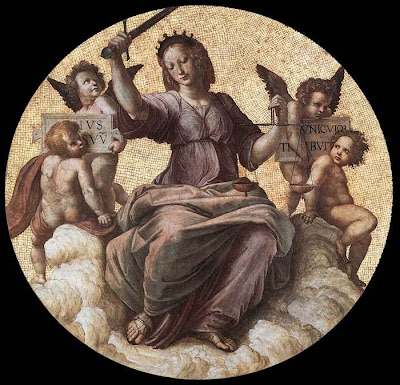 Long after George Bush retires to his Texas ranch to search among the scrub brush for his lost legacy and long after Dick Cheney has his final myocardial infarction, Americans will be trying to pick up the pieces of a justice system that they sought to destroy.

If you are of a certain age, you may remember a time when the was a beacon of justice in a world where justice was in short supply. Well, today it still is in short supply, but the beacon has dimmed. Because of the actions of the president and vice president, American justice is viewed with a mixture of scorn and horror, the U.S.'s global standing severely diminished.

What makes this turn of events so tragic is that it was so unnecessary.

The U.S. Constitution and the system of American jurisprudence that in part grew out of it have been extraordinarily resilient. There have been but a small handful of amendments to the Constitution beyond the original 10 that comprise the Bill of Rights, and more recent amendments are largely technical in nature. The same goes for the justice system, which has withstood the tests of time with relatively little tweaking.

The Bush-Cheney mantra has been that the 9/11 attacks and subsequent War on Terror demanded a radical departure from a 220-year status quo. There had to be vested in the president an enormous range of powers beyond the reach of Congress and the courts in order to push back against the Islamic jihad. An administration in the thrall of junk science turned to junk law to justify its arguments that the president is above the law.

As is abundantly clear, those arguments are pure, unadulterated bullsh*t.

The Constitution and legal system have served the executive branch well through good times and bad, through peace and through war, and through prosperity and depression. What Bush and Cheney have done is nothing less than an unprecedented power grab for its own sake.

The consequences of this coup are incalculable because they have succeeded to an alarming extent in their goal to create an imperial presidency.

The Orwellian stew that they have concocted includes:

* Invading the privacy of Americans by monitoring their conversations, reading their mail and examining their bank accounts.

* Ignoring international treaties to which the U.S. is a signatory.

* Legitimizing the use of torture.

* Running a gulag of secret prisons.

* Turning the balance of powers between the executive, legislative and judicial branches on its ear while casting aside any challenge to the executive's absolute power.

When the Supreme Court rebuked Bush last year in Hamdan v. Rumsfeld for overstepping his constitutional mandate in trying detainees before military commissions, blocking them from seeking relief in civilian courts by suspending habeas corpus and ignoring the Geneva Conventions, the president thumbed his nose at the high court and then rammed through Congress a new law allowing him to do the same thing.

The ultimate irony is that the War on Terror is being fought to protect the very values that Bush and Cheney have sought to destroy. Undoing the damage will be extraordinarily difficult.


Image: Ceiling tondo of "Justice" ( ca. 1509) by Raphael
in the Stanza della Segnatura at the Palazzi Pontifici, Vatican
Posted by Shaun Mullen at 5:00 AM
Email ThisBlogThis!Share to TwitterShare to FacebookShare to Pinterest

Great post! I totally agree with you on this as does many Americans. D o me a favor and read this and comment back to me if you have time:

"Dare to speak the unspeakable on Bush, Cheney and Rumsfeld!"

I also wrote something which is one of my best posts yesterday titled, " A U.S. Foreign Policy fit for the 21st Century challenges"

Again, great post and more needs to be voiced here by the public in general.

Thank you for the kind words and for the links to your own posts. Most excellent and most true.

I had a question. I wrote a post back in 5/21/05 titled, "Where are the student protests today?, as I was dismayed that students weren't up in arms and alarmed about what the Bush/Cheney Administration was doing to the Constitution and our liberties. In your opinion, why haven't the students of today marched in the streets like they did in Vietnam? Is it because there is no DRAFT like there was back during Vietnam and this war doesn't affect them directly?

I put up a post a few weeks ago that addresses the question you ask.

That was most h elpful and confirms part of what I thought might be the reasons. Thanks. I enjoy your writing and will add a link to your site from mine.

You're very welcome. I also will add a link to your blog.