Why Are Jane & John Doe Hiding? 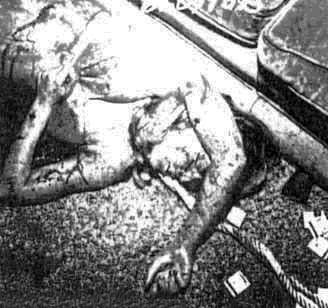 Under the American legal system, there are appropriately few exceptions to the principle that a lawsuit must include the real name of the plaintiff – and that the accused be allowed to face their accuser in court.

The exceptions under which plaintiffs can file suit under a pseudonym usually include sexual abuse, which has been the case in a number of lawsuits against Roman Catholic archdioceses, as well as mental illness, personal safety and abandoned children.

But in a disturbing end run around that time-honored standard, the parents of a high school student are hiding behind a "Jane and John Doe" moniker in their civil suit against Bruce H. Smith Jr., a history teacher at Pleasant Valley High School in the Pocono Mountains of Pennsylvania.

The Does accuse Smith of showing their daughter and other 16- and 17-year-old students photos of Sharon Tate and other nude and dismembered victims of the Charles Manson Family, and teaching from an unpublished personal memoir that includes sexual references.

The Doe's lawyer, Cynthia Pollick, did not respond to my query about why they are being secretive, nor is it clear whether the federal court in which the suit was filed will allow it to go forward with pseudononymous plaintiffs.

What is obvious is that the Does, who are demanding a jury trial, are troublemaking wackjobs.

They claim in their suit that their First and Fourteenth Amendment rights were violated, that the district "retaliated" against them by revealing their names, that Smith "scared them" when he called them in an apparent effort to mend fences, and that they "have suffered substantial anxiety and emotional distress."

The school district denies revealing the Does' names and says it followed proper procedures after the parents complained.

Smith has not spoken publicly, but students say that he regularly gives students advance warning before presenting graphic images or excerpts from his memoirs, and uses them to reach students desensitized to violence and sex.

In the end, the Does will do far more harm to their child than Smith could have ever done.

This is because Smith is a teacher so beloved that area Internet bulletin boards are full of emails from present and former students praising him for his infectious teaching style and condemning the Does. There even was a demonstration in support of Smith outside of Pleasant Valley High School last weekend.

It is widely know at the school who the Goodie Four Shoes are, and their daughter surely will be teased, ridiculed and ostracized, a lesson that is not part of Smith's creative curriculum.

This is a situation where it would be justifiable to out Jane and John Doe in the local newspaper for their self-righteous cowardice, but the Pocono Record doesn't do bold or courageous, so I'm not holding my breath.More here and here.


* * * * *
This piece was crossed posted at The Moderate Voice, where there is a lively discusison going on over it.

FWIW -- I would guess that the reason for the Doe identification is to protect the identiy of the minor student -- which is, in fact, the most common reason for using the "Doe" substitute.

This is intended only to prevent the identification of the minor in court documents and the press. The identify of the plaintiffs would, however, be known to the court and the defendants in this case.

It is likely that the Pocono Record also knows the identity of the plaintiffs, but is refraining from identifying them for the same reason -- to protect the idenity of the minor.

I'll also take issue with your characterization of the Record. It is a very good community newspaper and has shown no small degree of courage in covering the widespread home sales/mortgage/foreclosure scandals in the Poconos. David Pierce, a reporter for the Record, is one of the most talented journalists around.

They also showed some moxie when they were the only media outlet to say that the then-recently-elected judge Mark Pazuhanich had been accused of molesting his own daughter. The rest of the media world simply said that he had groped a minor girl at a concert in Wilkesberry. (By id'ing the victim as his daughter, the Record made it clear what a monster he was -- even to those cement heads and local yahoos otherwise inclined to give the "poor guy" a pass for getting drunk and groping some barely-teen.)

Of course, both of those recent stories came under the regin of former-Editor in Chief Kim DeBurbon -- also a very talented journalist.

Sorry for the serial post, but I've just taken a look at the complaint (which the Record published on line here).

It explains a lot.

The parents allege that, in this history class, the teacher read portions from some diary that talked explcitly about blow jobs, sex, etc., including reading aloud passages like this:

“Her hands ran down me and found my penis. She helped guide it to her. I lowered myself down to her. My breathing was rapid. She hushed me and pulled me closer to her. I entered her easily. My eyes widened as I realized what I had done. …. I couldn’t believe I was actually inside her. I wasn’t a boy anymore … I was a failure . I came within minutes …. I was embarrassed at performing so badly and even more at the smear of semen across her belly. She didn’t even have a chance to orgasm.”

This was accompanied by this history teacher asking the 16-year old girls in the class about the panties they wore (or didn't wear)during pillow fights, talking explicitly about his own youthful sexual experiences, and other similar conversations.

The lawsuit is not, however, directly over this conduct, but rather the school district's reaction to their private complaints.

The complaint says that one of the first things they made clear to the district was their request for annonymity -- to protect their daughter. In response, the district vioated that request and asked the teacher to contact them directly.

The complaint also says that the district publically identified them and permitted the teacher to initimidate them and other "victims".

In this context, I certainly understand their desire to remain annonymous in the lawsuit.

Thank you for your responses.

As for the Pocono Record, I am well aware that it has to do an awful lot with very little because it is owned by a company that milks every last cent from its papers.

You are correct that the Record has gone after the predatory loan/mortgage scam industry and did a decent job on the Pazuhanich scandal. Let's see, that's two plusses in four-plus years. Small beer, in my opinion.

My biggest problem with the Record is that its editorial board is in La La Land. It is seldom an advocate for change -- be it a perverted DA turned judge -- and the Poconos screams out for change.

As to your second point, Jane and John Doe simply do not qualify for the narrowly focused exceptions to the rule that their names be part of the record and that the accused be allow to face them in court. Their standing is further undercut because their identities are an open secret. I predict that the court will order that the Jane and John Doe moniker so disingenuously added by their lawyer be dropped.