Pardon Me, But Your Watergate Is Showing 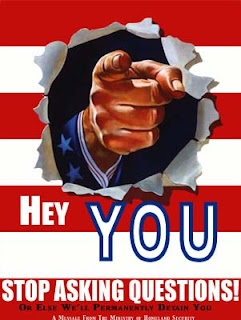 David Schraub keeps his eye on the bouncing ball and does a bang-up job of comparing Attorneygate and Watergate over at The Debate Link.

What set David off is the oh-so-tired argument of Douglas Kmiec, a former Reagan and Bush 41 attorney, that the confrontation between the forces of Good and Evil at then AG James Ashcroft’s hospital bedside cannot be compared to the "third-rate burglary" and subsequent events which brought the Nixon presidency to a crashing end.

"Kmiec's got his work cut out. He spends a lot of time arguing as to whether Bush had the authority to ignore the advice of his own Justice Department. Maybe he does, but the point here is less about the interplay of executive agency authority than it is as to whether a) Bush's ultimate determination was lawful and b) whether or not it is remotely ethical to try and take advantage of a virtually incapacitated man in order to seize a massive amount of new executive power. And so, here Kmiec has a simple argument: It's not Watergate. . . .

"Attorney General Richardson and DAG Ruckelshaus did not resign in October 1973 because they concluded there had been a 'burglary for purposes of political dirty tricks,' in Kmiec's words. The burglary was an old story. They resigned because the President insisted that they fire prosecutor Archibald Cox when Cox subpoened Nixon's tapes. In other words, Nixon was trying to subvert the established procedures of the Justice Department. As were Bush and Gonzales."

"The Sun in the Senate grows hotter. Gonzales flies blind, by claiming no memory about critical questions in hearings, a bad omen for a man who is charged with keeping track of important details for an entire nation. The wax holding the feathers in the fake wings, is softening . . . it appears to be a matter of time."

Maybe so. I thought that Gonzalez would be Gone-zalez six weeks ago.