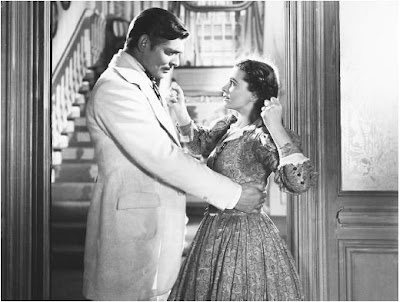 It’s taken 12 years, three authors and one rejected manuscript, but tomorrow will be another day when “Rhett Butler’s People,” the second sequel to Margaret Mitchell’s “Gone With the Wind,” is published this fall.

Less a conventional sequel than a retelling from Rhett Butler’s point of view, the new book, to be published by St. Martin’s Press in November, is written by Donald McCaig, a former advertising copywriter turned Virginia sheep farmer who has written well-reviewed novels about the Civil War.

The book, at a little over 400 pages, will be a slip of a novel compared with the original, which ran more than a thousand pages. “Rhett Butler’s People” covers the period from 1843 to 1874, nearly two decades more than are chronicled in “Gone With the Wind.” Readers will learn more about Rhett Butler’s childhood on a rice plantation; his relationship with Belle Watling, the brothel madam; and his experiences as a blockade runner in Charleston, S.C.

Most of all, readers will get inside Rhett’s head as he meets and courts Scarlett O’Hara in one of the most famous love affairs of all time.

The Commonwealth Fund has released its latest comparison of healthcare performance among various countries, and you can read all about it here. However, since I know you're all busy people, I'll just cut to the chase: we suck.

James B. Comey, the straight-as-an-arrow former No. 2 official at the Justice Department, yesterday offered the Senate Judiciary Committee an account of Bush administration lawlessness so shocking it would have been unbelievable coming from a less reputable source. The episode involved a 2004 nighttime visit to the hospital room of then-Attorney General John D. Ashcroft by Alberto Gonzales, then the White House counsel, and Andrew H. Card Jr., then the White House chief of staff. Only the broadest outlines of this visit were previously known: that Mr. Comey, who was acting as attorney general during Mr. Ashcroft's illness, had refused to recertify the legality of the administration's warrantless wiretapping program; that Mr. Gonzales and Mr. Card had tried to do an end-run around Mr. Comey; that Mr. Ashcroft had rebuffed them.

Democrats plan to let a federal abstinence-education program die quietly next month, demonstrating that pursuit of their legislative agenda can sometimes be passive.

Max Boot, the morally cretinous pom-pom boy for imperial war, has long loomed unaccountably large in our political discourse, commanding national media platforms -- and backroom rubbings with the shoulders of thuggish power -- for his crude and deeply ignorant misreadings of history. He draws upon these puddles of mental vomit in making his dim analyses of current events and offering policy advice to the wearers of the boots he so assiduously shines with his eager spittle.

And now this hale and hearty young man -- under 40, well within the ever-increasing age range of military service in the imperial wars he promotes -- has graced us with his views on improving the effectiveness of the "surge" that he and his fellow stay-behind warriors successfully urged upon the pom-pom boy in the White House. You will not be astonished to learn that young Max finds that the only thing wrong with the brilliant surge plan is that it is not savage and draconian enough in practice.

Scientists at the University of Berlin have discovered some evidence of free will in the simple fruit fly.

suffered a crisis in the Seventies, a national nervous breakdown, and has recovered since. in the Forties and Fifties was a damaged and inefficient country which would be overtaken by formerly defeated nations such as , and .

But the longer story, the bigger picture, is that successfully shifted from being one kind of country, an inefficient imperialist manufacturer struggling to maintain her power, to become a wealthier social democracy, and did this without revolution.

And shift she did, in the greatest scuttle in the world.

Britain's Prince Harry will not serve in Iraq as a troop commander because of "a number of specific threats" against him, the UK's top general says.