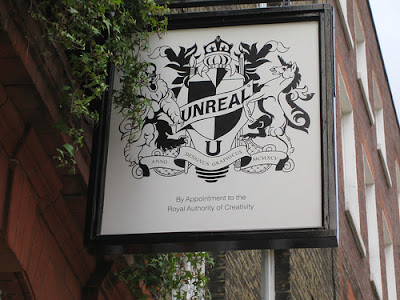 Beyond the war issue, the poll found widespread concern over the nation’s overall direction. More Americans — 72 percent — now say that “generally, things in the country are seriously off on the wrong track” than at any time since the Times/CBS News poll began asking the question in 1983. The figure had been in the high 60’s earlier this year.

The looked nice and cozy for awhile. Everything looked fine on the surface, but beneath the surface, there was a lot of resentment, there was a lot of frustration, such that 19 kids got on airplanes and killed 3,000 Americans. It’s in the long-term interest of this country to address the root causes of these extremists and radicals exploiting people that cause them to kill themselves and kill Americans and others.

One possible understanding of the "fighting them over there" concept is that while fighting them over there doesn't prevent them from attacking us over here, declining to fight them over there might invite attack by demonstrating weakness. This is part-and-parcel of the right's tendency to view national security policy as something that takes place entirely at the level of symbolism. In the real world, it makes very little sense.

How ironic I get all huffy and puffy about Bush's war without end, when really, Bush is nothing more than the poster-boy for humanity's mobius strip of self-destruction. There is no Manichean light and darkness, only more and more and more of the same: A one-way roundtrip ticket back to the future of time immemorial.

Did Kathleen Sibelius exaggerate that slowed down the Kansas Guard’s response to a catastrophic hurricane tornado (conceptual dyslexics untie!)? No, she didn’t. Honestly, sensible people can figure out without much effort that sending our best equipment to get blown up in the middle east leaves the Guard with less gear that doesn’t work as well.

I think from now on the most important signs at any demonstration will be the ones saying, "No more stupid people in the Senate." I just can't believe how dumb these idiots are.

At this point, Alberto Buttercheeks Gonzales is an indelible stain on the fabric of American justice. Probably on the fabric of our body politic too. But as long as no blue dresses are involved, all is well with the republic.

A piece of advice for progressives trying to figure out where they stand on immigration reform: it’s the political economy, stupid.

In 2003 Peter Agre won the Nobel Prize (chemistry) for discovering protein channels that allow water to pass in an out of the hydrophobic membranes of our cells. Now he wants to take on Senator Norm Coleman in

It's a 180-degree turn for 's democrats. Two years ago, it was Yanukovych grabbing power and Yushchenko leading the people against the autocrats. With power slipping from his grasp and few allies left to sustain him, Yushchenko has unwittingly become what he fought in the political revolution. He may not have been left with any choice, but the results seem to indicate that has not yet made itself ready for a stable and clean political system.

[L]ess than three months after banking heiress Susan Tabas Tepper was sentenced to probation and fined for hitting a nanny with a bag of carrots and beating the woman up, police again were called to her Villanova mansion.

As NASA ramps down, is ramping up. Besides energizing their own space program they are helping third world companies to enter the digital age, which will give them allies for the future. Our days of smug superiority are over but that message hasn't penetrated into the perceptions of the crew without a clue and their enablers.