'Separate But Equal' & A False Hero 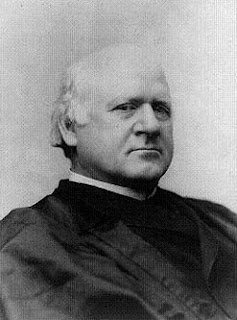 Our constitution is color-blind, and neither knows nor tolerates classes among citizens.

Despite considerable progress on civil rights in the past 40 years, remains a substantially racist country. It just no longer wears racism on its collective sleeve; racism is instead tucked comfortably into a back pocket.

A signal accomplishment of the Supreme Court's landmark Brown v. Board of Education decision in 1954, which paved the way for integration, is that it overturned Plessy v. Ferguson, an 1896 decision that upheld segregation and the notorious concept of "Separate But Equal."

The lone Plessy dissenter was Justice John Marshall Harlan, a strange bird who has emerged as a right-wing hero for his oft misinterpreted view that "Our constitution is color-blind and neither knows nor tolerates class among citizens."

With a black man poised to make the first serious run for the White House (sorry, Jessie Jackson) and what passes for racial discourse at low ebb, David Scraub has posted a timely essay on Harlan over at The Debate Link.

It is well worth a read.
Posted by Shaun Mullen at 5:10 AM
Email ThisBlogThis!Share to TwitterShare to FacebookShare to Pinterest