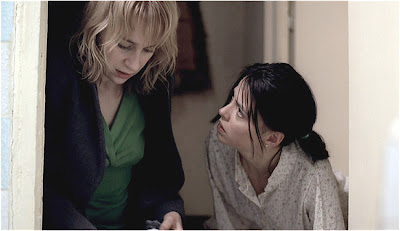 However wholeheartedly we disposed of their horrific dictator, the Iraqis were always pawns on the geopolitical chessboard rather than actual people in the administration’s reckless bet to “transform” the . From “Stuff happens!” on, nearly every aspect of policy in exuded contempt for the beneficiaries of our supposed munificence. Now this animus is completely out of the closet. Without Donald Rumsfeld and Paul Wolfowitz to kick around anymore, the war’s dead-enders are pinning the fiasco on the Iraqis themselves. Our government abhors them almost as much as the Lou Dobbs spear carriers loathe those swarming “aliens” from .

I’m beginning to get the impression there is nothing more important to the Associated Press in its Iraq reportage than the number of “American soldiers killed in this unpopular war.” That phrase, with a number, is typically trotted out no later than graph three in AP stories on Iraq. It’s as though the body count is the sole measure upon which all decisions and action must turn. There certainly has been no effort by the Associated Press, or other major news organizations on the ground in Iraq, to examine progress in anything but the most dismissive manner, with a quick revert to body count.

military leaders in are increasingly convinced that most of the broad political goals President Bush laid out early this year in his announcement of a troop buildup will not be met this summer and are seeking ways to redefine success.

. . . Military officers said they understood that any report that key goals had not been met would add to congressional Democrats' skepticism. But some counterinsurgency advisors to Petraeus have argued that it was never realistic to expect that Iraqis would reach agreement on some of their most divisive issues after just a few months of the American troop buildup.

Iraqis have told me many times that the larger part of this war is not about religion. Fanatical groups such as Al Qaeda surely have wreaked havoc, but a huge part of the war is about business, influence and resources. The American Commanding General, David Petraeus, has said repeatedly that money is ammunition in this war. The meetings I attend with local leaders around are never about religion. Religion is seldom if ever brought up. The meetings are about security, electricity, jobs, water projects. The meetings often are about influence, and politics fit for a novel.

The Democratic party is at it again, employing its traditional talent for intramural invective. This old habit doesn’t necessarily serve its members well. Liberals have long complained – accurately – that Bush has been pursuing his war with scant regard for the facts on the ground, but their current anger at the Democratic Congress suggests that they, too, are prone to ignoring reality.

The facts on the ground, in Washington, are simple: The Democrats may have the gavel, but they don’t have the votes to impose their will on Bush and override his vetoes. The margins are way too thin. And a fair number of elected Democrats represent moderate swing districts, in places like Indiana and North Carolina, where constitutents have soured on the war, but nevertheless might view a war money cutoff as tantamount to abandoning the troops in harm’s way.

In defending the Iraq war, leading Republican presidential contenders are increasingly echoing words and phrases used by President Bush in the run-up to the war that reinforce the misleading impression that Iraq was responsible for the Sept. 11, 2001, attacks.

According to The () Daily News, presidential candidate Rudy Giuliani is paying his wife $10,000 a month to help write his speeches. That’s every wife’s dream, huh? To be able to put words in your husband’s mouth and get paid for it.

This marks the first time in 50 years that the Labor Party has lost an election in Scotland. Fifty years is a long time -- in politics, it is a virtual eternity.

Scare tactics often work in elections, and with the Labor Party contemplating defeat, it was willing to throw all the negativity it could into this campaign. People in Scotland heard it all: Labor conjured up descriptions of plague and pestilence if Scots voted for the SNP [Scottish National Party] and a new and different government.

And I'll tell you this: It didn't work. In fact, it backfired badly on Labor.

I have a pretty good idea where we'll find the founders of that Google-beating start-up. I think they are working right now at Google. Google is an amazing entrepreneurial petri dish. Yet at the same time, it is doomed to disappoint nearly every entrepreneurial type who works there. This is key: Google is sowing the seeds of its own eventual destruction. It can't help doing so. . . . Google has designed a working environment that provides almost everything their technical people need except a guaranteed sense of satisfaction.

Then it all fell apart. Starting in the late 1960s (except for the Corvette, always the design leader in ), American cars became shapeless blobs. When the cool sport utility vehicles and pickups and the late-’90s Caddys came along — reversing a bad spell for the Cadillac nameplate — there was a slight uptick. But even now, look at the style, feel the feel of the Nissan Altima or the Toyota Camry (often designed and made in ) compared with most of the Big Three’s offerings, and the comparison is pathetic.