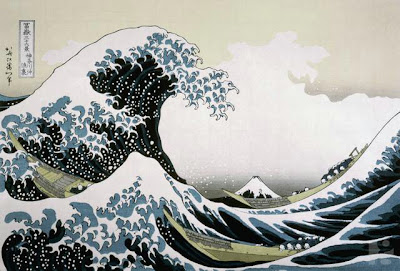 Leon Botstein is a very busy man. When not writing about music or editing books and teaching, he runs (and has since 1975 when he was elected its president at age 29), as well as recording internationally, conducting the American Symphony Orchestra and Jerusalem Symphony Orchestra. He also is brilliantly erudite, drop-dead funny and could hold his own on a late-night talk show.

Botstein and the American Symphony Orcherstra have been presenting a wonderful series called Classics Declassified for several years at 's Miller Theater at 116th Street and Broadway in .

These intimate Sunday afternoon sessions (a bargain at $17, even less for students and seniors) begin with Botstein discussing the composer and symphonic masterpiece du jour, with the orchestra "illustrating" Botstein's comments with brief musical passages. After an intermission, the ASO performs the work in its entirety and then conductor and musicians take questions from the audience.

On Sunday, the Dear Friend & Conscience and I were in the packed hall as Claude Debussy's "La Mer" got the Classics Declassified treatment.

"La Mer" occupies a special place in my classical pantheon because it was on the very first album -- a boxed set of symphonies that included, among other others Rimsky-Korsakov's "Scheherezade" and Ravel's "Bolero" -- that I bought at an A&P supermarket at age 13 with money from my newspaper route.

But beyond this wee personal footnote, Debussy revolutionized how people thought about music. Indeed, nothing like "La Mer" had come before but plenty not unlike it came later. (Stravinsky, for one, was deeply influenced by Debussy.)


It was the year of the first Russian revolution and the announcement of Einstein’s Special Theory of Relativity, among other earth-shaking events. It also was a time of scandal for the composer, an egocentric and unpleasant, if brilliant, two-timer whose wife sort of tried to take her life in a suicide attempt that was the talk of Paris. (Debussy stuck with his mistress; his wife took him to the cleaners.)

Debussy believed that classical music had grown stale and the traditional application of time and requirement that a symphony tell a story that would arc back on itself at the end were outmoded. A contemporary of the impressionist movement, he believed that music, like poetry and painting, should exist in the moment.

Having discarded the old classical model, Debussy’s use of harmony, melody and poly-rhythms had the effect of an impressionistic blurring of lines, as Botstein explained it. This can be readily heard in the feast of complex, competing yet interwoven sounds in "La Mer." The composer himself subtitled the piece "Three Symphonic Sketches."

The ASO, supplemented by a second harpist and fabulous glockenspiel player, performed the relatively brief (24 minute or so) three-movement symphony with stunning clarity.

Fuggedabout any notion that Debussy wrote "La Mer" at the seaside or that it was all about the sea.

The composer asserted that he would have become a sailor had had not pursued a musical career, but Botstein said that was doubtful. Becoming a painter was more likely, and in fact Debussy wrote virtually all of "La Mer" in a land-locked place.

"While music and water seem to mix, the sea was only in his imagination," Botstein said.

Although you can "hear" waves at the beginning of the third movement, the symphony is not onomotopeiaic, and Debussy was more concerned with emotional than nautical imagery.

"It’s not the reality, it’s the experience [that is] played back to you," is how Botstein put it.

That so noted, Debussy himself chose the artwork for the dust jacket of the first recording of "La Mer" – Hokusai’s magisterial "Under the Great Wave."

What makes Leon Botstein so special is that that he is the rare bird who, as the DF&C notes, defies the old adage -- If you can’t do, you teach.

He is a musician first and a scholar second. He shares his passion with a plainspoken eloquence. When he is asked a question, he is invested in answering it in a way that brings the audience more fully into the experience.

Botstein announced on Sunday that he and the ASO are moving 21 blocks south for the 2007-08 season of Classics Declassified to Symphony Space at 95th and Broadway, where there is a larger hall and stage. (As it was, the stripped down 72 musician ASO could barely fit onto the Miller’s stage for "La Mer.")

The new season will feature works by Sibelius and Dvorak, among other greats. The DF&C and I hope to see you there.