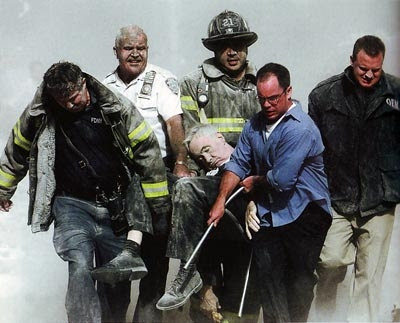 PARDON OUR DUST
Why oh why did I once like Christie Todd Whitman? I suppose because she seemed like a good egg, especially for a Republican egg at a time when her hard-boiled party was tacking hard to the right.

But recently I’ve been doing a slow boil over CTW’s refusal to come clean over the bogus claim she made after 9/11 as Environmental Protection Agency head told Ground Zero workers that the air was just fine to breathe although there is evidence that she had been told otherwise.

Now CTW has refused to testify before Congress about what she did – or did not – know.

That's sort of okay at this point because there is the small matter of her being named in a class-action lawsuit by workers who have severe and life-shortening respiratory problems because the air was not just fine to breathe.

But there is no reason that CTW cannot come before Congress, express her one-ness with sticken Ground Zero workers but say that she regrets that she cannot answer specific questions that impact on the lawsuit.

It would be a modest but meaningful way to begin restoring her battered image. That is, if she even cares about the workers, let alone symbolic gestures -- let alone her image.