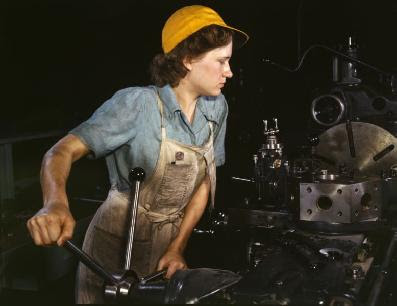 The Supreme Court on Tuesday made it harder for many workers to sue their employers for discrimination in pay, insisting in a 5-to-4 decision on a tight time frame to file such cases. The dissenters said the ruling ignored workplace realities.

The decision came in a case involving a supervisor at a Goodyear Tire plant in Gadsden, Ala., the only woman among 16 men at the same management level, who was paid less than any of her colleagues, including those with less seniority. She learned that fact late in a career of nearly 20 years — too late, according to the Supreme Court’s majority.

The effect of the case is to insulate employers from wage discrimination claims as long as they can hid[e] the evidence from the employee being discriminated against for 180 days, a result contrary to the purpose of the statute that is in no way compelled by its language.

Does the decision ignore workplace realities? Probably. As Ruth Bader Ginsburg noted in her dissent, salary increases do not get published, so any apparent inequity would take quite some time to discover. Further, it would take a long time to prove a pattern of such discrimination for an employer, especially one (like Goodyear) with many facilities in many jurisdictions. In fact, even for one employee, it would likely take more than one review cycle to determine whether discrimination exists or just one poorly-executed review.

And the response to that for the Court should be: Write better laws. It is not the job of the Supreme Court to rewrite poorly-constructed legislation. Congress obviously intended for a short window of opportunity for these complaints, for whatever reason they had. The Supreme Court follows the law, unless the law is expressly unconstitutional. Fine-tuning dumb laws and badly-written legislation isn't the purview of the Court, but rather the responsibility of Congress.

It's mind-boggling to me that the original instinct (however it came up) to discriminate is the only discrimination actionable under Title VII--while the actual, material, measurable, noticeable, empirical disparity in pay that--we should remember--is why the women is suing in the first place, isn't.

[T]his decision is inconsistent with the purposes of the Title VII to both make victims of discrimination whole and to eradicate employment discriminatory practices from society at large. It leads to an absurd situation where employees either must bring pay claims prematurely when there is not enough evidence that there has been unlawful pay discrimination or wait to a later time when there exists more substantial evidence of pay discrimination and be barred from bringing such claims by the statute of limitations . . . This inequitable state of affairs cannot stand and, it is my hope, it will be legislatively nullified.

[I]t’s a way to rule against a woman in a case where gender discrimination is so blatant that you can’t do what sexists usually do and pretend it’s something else. The standard argument against why the pay gap is a problem is that it’s the fault of the victims themselves, having, um, made the “choice” to take the lower pay. The word “choice” is the absolute favorite of people who like to blame the victims, and in this case, [Justice] Alito gave himself a hernia trying to make years and years of pay discrimination the victim’s fault because she did not file a complaint about pay discrimination before it happened.


The ruling is the latest indication that a court that once proudly stood up for the disadvantaged is increasingly protective of the powerful.