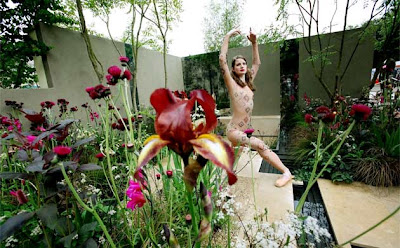 You, the men and women elected with the simplest of directions—Stop The War—have traded your strength, your bargaining position, and the uniform support of those who elected you… for a handful of magic beans.

You may trot out every political cliché from the soft-soap, inside-the-beltway dictionary of boilerplate sound bites, about how this is the “beginning of the end” of Mr. Bush’s “carte blanche” in Iraq, about how this is a “first step.”

Well, Senator Reid, the only end at its beginning... is our collective hope that you and your colleagues would do what is right, what is essential, what you were each elected and re-elected to do.

While I realize that this manner of proceeding flies in the face of the aggressive anti-intellectualism of today's political "debates," where everyone adamantly refuses to identify the true meaning of his statements and will never acknowledge the premises underlying his argument, let me indicate briefly the reasons for my position, and my ultimate conclusion:

did not attack us.

did not threaten us.

Both facts were known to our political leaders and to many "ordinary" citizens before troops invaded in 2003. Thus, our invasion and occupation of are criminal acts of aggression, and crimes against humanity.

The early narrative on the Iraq funding debate is that Democrats "lost" and Bush "won." Sorry, but I don't buy that. People need to view this particular skirmish – and its inevitable, entirely-predictable conclusion – through a longer-term lens. If Bush "won," it's the most Pyrrhic victory of all time.

<>. . . the Democrats should stop sulking and be happy with the result – because of their spending bills, the parties are polarized on an issue where the public overwhelmingly and increasingly supports the Democratic position on the war. For this reason, the "capitulation" should instead be a time for offense . . .

For similar reasons, Bush and the GOP should think twice before celebrating their victory. Very often, people lose sight of the substance of a debate because they get too caught up in the horse race. Sure, in some sense, Bush "won," but what exactly did he win? He successfully obtained blanket authority for endless, escalating war – the one issue that cost the GOP Congress and will likely cost them more in 2008.

Q. If you're a Bush administration official and you want to create a prominent headline in Time Magazine proclaiming what great improvement there is in , what do you do?

A. Have someone with a shiny military uniform go and flatter Joe Klein by whispering "secrets" in his ear all while demanding anonymity, and then he'll dutifully run to the pages of Time and mindlessly repeat what he's been told as though he has discovered some great journalistic scoop, which is how Time will treat it.

"I'm New Jersey Governor Jon Corzine, and I should be dead."

So begins Corzine's public service announcement promoting seat belt use, which is being released Thursday. The governor was seriously injured in an April 12 car crash in which he wasn't wearing a seat belt.

-- TOM HESTER Jr.
An effort to end New Hampshire's status as the only state in the country without a law requiring adults to wear seat belts suffered a setback on Wednesday, when the State Senate transportation committee recommended that it not pass.

-- KATIE ZEZIMA
In the power he has exercised and the manner in which he has done it, the vice president has broken all historical precedent for his office. The question now is whether his successors will revert to the older paradigm or sustain the model that [Dick] Cheney has established.

-- ALEX ROSSMILLER
Journalists from around the world who will gather in Moscow next week are poised to stand up for their colleagues in a country where journalism and journalists are increasingly under attack. The 1,000 media representatives plan to establish a commission to finally investigate the growing number of unsolved murders of journalists in Vladimir Putin’s Russia.

Russia is now the third deadliest country for journalists, after Iraq and Algeria, according to the Committee to Protect Journalists. Since the year 2000, when President Putin was first elected, at least 14 journalists have been murdered because of their work. None of these murders have been solved.

-- THE NEW YORK TIMES
Google's ambition to maximise the personal information it holds on users is so great that the search engine envisages a day when it can tell people what jobs to take and how they might spend their days off. ... The race to accumulate the most comprehensive database of individual information has become the new battleground for search engines as it will allow the industry to offer far more personalised advertisements. These are the holy grail for the search industry, as such advertising would command higher rates.

-- CAROLINE DANIEL and MAIJA PALMER
This spring, six Penn State football players were arrested and charged for crimes stemming from an off-campus fight April 1 in which at least 15 Nittany Lions were present. The charged included a couple of star players, although what apparently bothered coach Joe Paterno the most was how many of his kids were willing to be involved.

And so Paterno, 80 now but no less tough, no less disciplined, hatched a plan to set things right within his program. He'll let the local legal and student judicial process play out, but regardless he decided that to keep people from thinking his team was trash, it'll spend the fall cleaning it up.

According to Paterno, the Penn State football team will clean Beaver Stadium after each home football game this fall. It'll gather garbage, sweep stairs and maybe even hose parts down. . . .

It's a job that usually goes to members of club sports on campus – say, rugby or crew – which do it to raise money so they can compete. Paterno said the clubs still will get the $5,000 for the job, but his guys, fresh off playing 60 minutes of major college football the day before, will do all the work starting Sunday morning.

Photograph by Graeme Robertson/The Guardian
Posted by Shaun Mullen at 5:00 AM
Email ThisBlogThis!Share to TwitterShare to FacebookShare to Pinterest