McClellan: 'A Sip of Iced Tea in Hell' 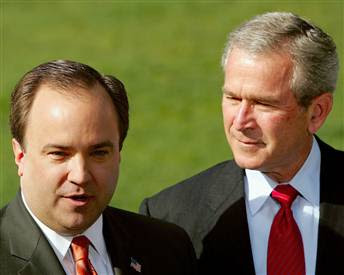 The prospect of Scott McClellan testifying before Congress on various Bush administration treacheries is delicious, but it would be like a sip of iced tea in Hell. Momentary relief before returning to the inferno.

Nevertheless, the invitation by Representative Robert Wexler, the Florida Democrat, to stop by and chew the fat – and McClellan's reply that he "would be happy to talk" sets up an interesting scenario.

The White House has been nothing if creative in stonewalling Congress over the testimony of present and former bigs like Carl Rove and Harriet Miers, but what to do in the case of a former press secretary who has provided a blueprint of his testimony in the form of a bestselling book?

My guess is that they'll think of something. Maybe John Yoo could come back and write a legal opinion stating that McLellan's testimony would compromise national security. Or they could just torture him.

"Nevertheless, the invitation by Representative Robert Wexler, the Florida Democrat, to stop by and chew the fat – and McClellan's reply that he "would be happy to talk" sets up an interesting scenario." ...

I look forward to it. Wexler has been quite forceful when questioning Mukassey and others. His web page for Americans who want, like he does, Cheney impeachment hearings to take place,

also contains video of his interrogation of Mukassey.