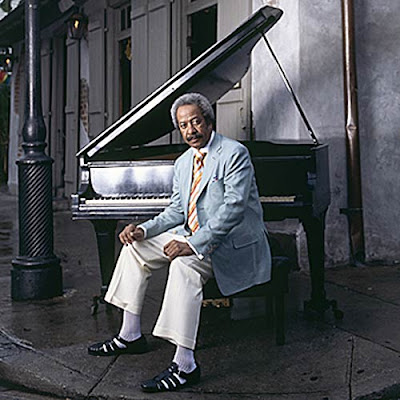 I have come to see American roots music -- blues and bluegrass, jazz, funk, Cajun and zydeco -- as branches of one big tree.

And I've been around the planet long enough to appreciate that long before there was MTV, satellite radio and the iPod, there was an aspect of selflessness in music that seems as archaic as the eight-track tape in the detachedness of our high-tech age.

Performers always have been ego driven, of course, but there is an element of sharing in the musicianship of the very best of them -- as in sharing with each other and in turn sharing with their audiences beneath that big tree -- that is on glorious display at two festivals year in and year out. They are Michael Arnone's Crawfish Festival, held around Memorial Day weekend in the wilds of northwestern New Jersey, and the Rhythm & Roots Festival, held over Labor Day weekend on the wild Rhode Island coast.

This year's Crawfish Festival runs tonight through Sunday at the Sussex County Fairgrounds in Augusta, New Jersey, which is about a two-hour drive from New York City and a little longer from Philadelphia. Camping is available.

The line-up is to die for and includes the original Funky Meters, Allen Toussaint, the Radiators, Rosie Ledet & the Zydeco Playboys, Guitar Shorty, Railroad Earth and a personal fave, Donna the Buffalo.

This year's Crawfish Festival will include the famous Dance Tent from the R&R Festival.

The dance partners on this sheltered and sprung wood floor came in all shapes, sizes and ages and at the 2007 R&R and included the Boston brahman and the little old lady in the halter top, the Indian brahmin and the striking woman in dreadlocks, the tall, elderly gent dressed all in black and the tiny teenie bopper in sequined tights, the thirtysomething pony-tailed hippie and the soccer mom in purple cowboy boots and Stetson hat, all fais do-do-ing to a fare the well.

The DF&C and I will be at the festival and dancing our fool heads off when I'm not maintaining my cool journalistic detachment. Drop me an email if you can make it. Some folks already have and we'd love to meet more of you.
Posted by Shaun Mullen at 1:07 AM
Email ThisBlogThis!Share to TwitterShare to FacebookShare to Pinterest