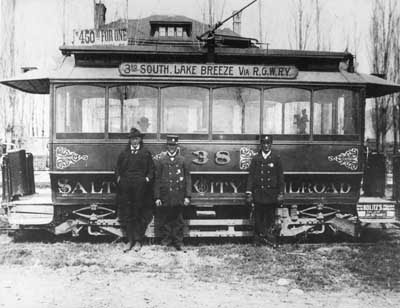 We're bombarded with statistics all the time, but this one is fairly amazing: Americans cut back on driving in March, compared to the previous March, more than in any single month since such record keeping began in 1942.

As it so happened, I read that factoid while riding on a Susquehanna Trailways bus en route from to the hinterlands of . I had caught that bus after taking another bus and then a train to make what is a two-hour trip by automobile in about six hours.

Mind you, I'm not complaining about the time it took. I had a passel of newspapers and Tennessee Williams' Selected Short Stories to keep me company.

And I'm not complaining about the service itself. The buses and train were on time, the ticket agents, conductors and drivers friendly and my big transfer in Philadelphia a piece of cake with excellent signage and escalators at every level as I traversed the brightly lit and very clean Market East Terminal to the Convention Center Concourse and Reading Terminal Market and finally the nearby bus terminal.

What burned my ass is that even with $4 per gallon gasoline, the drive would have cost about $25 while the bus-train-bus trifecta cost me nearly $65.

Until about 1950, I could have walked to the train station in the university town where I spend most of my time and gone anywhere in North America: New York City. Los Angeles. Montreal. Mexico City. You name it . But that is when three trends conspired to deal a nearly fatal punch to the American mass transit system that is only now beginning to recover over a half century later in the face of wildly escalating gasoline prices:

* The post-World War II growth of the suburbs and travel industry and consequent desire and need for automobiles.

* Aggressive lobbying by the automobile, tire and related industries to get the federal government to underwrite the construction of many thousands of miles of high-speed highways and make other infrastructure improvements to the detriment of mass transit.

* The inability of fat and happy inter urban passenger railroads like the Pennsylvania and New York Central to see the handwriting on the wall and unwillingness of Washington to bail them out when they collapsed into bankruptcy.

Ironically, commuter train service from my university town resumed about 10 years ago because highways had become clogged.

But despite its instant popularity, service is only intermittent and while the station parking lot and trains are full, the service still operates at a loss and has to be subsidized by the state.

To say that nobody could have foreseen $4 per gallon gasoline in 1950 misses the point.

The point is that the U.S. had a pretty damned good intra and inter urban rail system -- one of its most precious assets whether in war and in peace -- that was allowed to literally fall apart because no one had the foresight to understand that its collapse could be calamitous. Even third-world countries have train service superior to Amtrak, which would have charged me a usurious $45 to take one of its trains the few miles from my town to Philadelphia. (The regional rail authority charged me $7, but only after I plunked down $4 to take a bus to the nearest train station that had service before 7 a.m.)

While the situation today is a few degrees short of a calamity and the federal mass transit tap has opened a turn or two in recent years, it speaks poorly of a nation that once prided itself on being modern and forward looking in every sense of those words.

Philadelphia in particular had a great system. Trolleys everywhere. As I understand it, GM bribed all the local officials to privatize the trolleys, which were then milked into oblivion and replaced with bus lines. The trolleys, already paid for, were trashed in order to get the city to pay for buses. Nevertheless, Philadelphia has managed to hold onto a pretty decent system. The story in LA is a thousand times worse, probably for the same reasons.

The biggest problem in this country is that the political distance between the people and their reps is so great that no one can know what is going on. The only real information that reps get comes from lobbyists. Even if everyone is honest, the operational deficit of good information is profound.