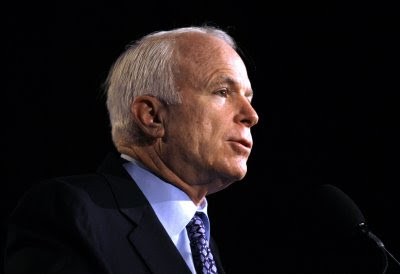 Whether a president or presidential candidate should make their complete medical records available is a non issue. Voters have a right to know whether they are physically and emotionally fit.

That is why the release today of a carefully redacted and relatively small portion of the medical records of John McCain, the presumptive Republican candidate, is many days late and many dollars short.

Two Associated Press reporters who were allowed to look at 1,173 pages of medical documents spanning 2000 to 2008 for three whole hours (no photocopying allowed) report that McCain appears to be cancer-free, has a strong heart and is in general good health, although he remains at risk for developing new skin cancers and gets a thorough check-up by a dermatologist every few months.

But the devil, as they say, is in the details and while his campaign spokespeople say the records show that at 71 McCain is not too old to be president, they present only half of the picture.

The other half is McCain's mental state.

The neurophysiology of the aging brain is not fully understood, and I am trying to tread carefully when it comes to McCain's noggin, which was subjected to terrible abuse while in captivity in a North Vietnamese POW camp, brain-eating chemotherapy when he was being treated for melanoma, perhaps a few too many vodka martinis, and who knows what else.

As it is, McCain shows a vexing pattern of forgetfulness and has legendary anger-management issues, include this latest eruption.

In McCain's case, it's not necessarily an in-your-face thing, but he keeps causing me to wonder. He would be the oldest person to assume the presidency, which makes his age a legitimate issue. But I know a couple of septuagenarians who are as sharp as tacks and run mental circles around people half their age. For me it's less the fact that McCain would be 72 upon taking the oath of office than the state of mind of this particular 72-year-old.

When the red phone rings in the White House at 3 a.m., the president must have a fully functioning brain as well as the ability to be flexible; again, to have the capacity to learn.

The medical-record release gives me no confidence that he has either, but does have something to hide.

The dog-and-pony show nature of the records release to a tightly controlled group of reporters is acerbated by who was not invited to view them -- The New York Times' Lawrence K. Altman, who is the dean of U.S. medical writers and a real live medical doctor. (CNN's Sanjay Gupta, who also is a doctor, was invited.)

Altman's absence is all the more conspicuous because he had been invited to review McCain's records when they were released in 2000 but started asking uncomfortable questions.

More here on the records release and here on a controversial proposal to subject all candidates to examinations by a panel of independent physicians.
Posted by Shaun Mullen at 8:50 AM
Email ThisBlogThis!Share to TwitterShare to FacebookShare to Pinterest

Anonymous said...
This comment has been removed by a blog administrator.
1:37 AM