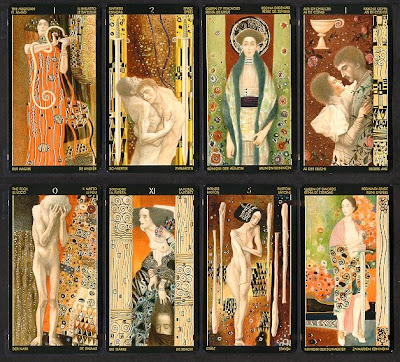 A four-year-old boy once said that "when someone loves you, the way they say your name is different, you know your name is safe in their mouth" and that's about as good a definition of love as I've ever heard.

Society, the media (that's me) and individuals spend a lot of time talking about the search for love and what it means to find that special one but, somewhere in the rosy mist of the discussion, what often gets lost is the sobering question - what comes next?

When the sweats and obsession and fretted phone calls and the mad-rooting and up-until-all-hours conversations and dizziness and glow of those first manic months (or years) have passed - what do you call that? Is it love or something else?

I get very suspicious of people when they talk about "falling out of love" because I often think they've gotten it confused with "falling out of lust": in fact anthropologists, armed with brain scans and chemical markers are finding more and more evidence to suggest this is the case; that lust, love and attachment are in fact three completely different processes.

Let's get this straight once and for all: Evolution by natural selection is not a theory. It is a fact! Scientists are not slavishly attached to Darwinism because of some anti-religious prejudice or desire to evade God's moral law, as the fundamentalist preachers insist, but because it is a logical necessity.

In their floor-length gowns, up-dos and tiaras, the 70 or so young women swept past two harpists and into a gilt-and-brocade dining room at the lavish Broadmoor Hotel, on the arms of their much older male companions.

The girls, ages early grade school to college, had come with their fathers, stepfathers and future fathers-in-law last Friday night to the ninth annual Father-Daughter Purity Ball. The first two hours of the gala passed like any somewhat awkward night out with parents, the men doing nearly all the talking and the girls struggling to cut their chicken.

But after dessert, the 63 men stood and read aloud a covenant "before God to cover my daughter as her authority and protection in the area of purity."

The gesture signaled that the fathers would guard their daughters from what evangelicals consider a profoundly corrosive "hook-up culture." The evening, which alternated between homemade Christian rituals and giddy dancing, was a joyous public affirmation of the girls’ sexual abstinence until they wed.

Yet the graying men in the shadow of their glittering daughters were the true focus of the night. To ensure their daughters' purity, they were asked to set an example and to hew to evangelical ideals in a society they say tempts them as much as it does their daughters.

In today’s interleague MLB game, which saw the Dodgers beat the Angels, 6-3, the Korean guy (Chan-Ho Park) started and pitched 4 strong innings, followed up by the Taiwanese guy (Hong-Chih Kuo), who pitched another strong 4 and earned the win, with the Japanese guy (Takashi Saito) closing it out in the 9th. Yes we can, in fact, all get along!

Christian theology and Christian ritual are compatible with the universal human ability to experience the sacred through prayer and meditation, but they're "built on top" of particular encounters and revelations that tend to have little in common with the "transcending boundaries/overflowing with love" experiences that neuroscientists are equipped to measure. Indeed, in both the Old and New Testaments, the foundational encounters with God - the religious experiences that created Judaism and Christianity - are nothing like a meditative, free-floating sense of one-ness with the universe. Instead, whether it's Moses encountering the burning bush or Job being addressed out of the whirlwind or the disciples encountering the Risen Christ, the encounters with God that shape the Judeo-Christian tradition tend to be extremely personal on the one hand (God has a personality, a voice, even a body; He isn't just some cosmic soup we can all go swimming in) and extremely terrifying and difficult to comprehend on the other.

Image: "The Golden Tarot of Klimt" by A.A. Atanassov
Posted by Shaun Mullen at 1:00 AM
Email ThisBlogThis!Share to TwitterShare to FacebookShare to Pinterest