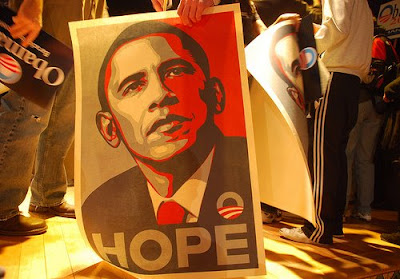 The race for the Democratic nomination—"race" is hardly the right word, is it?—now feels like a quantum physics problem: How long can a body exist in a state approximating motionlessness without actually stopping? Tuesday night, Barack Obama took the majority of delegates selected through primaries and caucuses, meaning that a race that was already all but over is now a little more so. Superdelegates are not likely to deny him the nomination by reversing the pledged delegates. They have been moving steadily in his direction despite recent losses. Obama needs to win fewer than 30 percent of the remaining delegates to reach the finish line.

The math is relentless, yet Obama hasn't won yet, and Hillary Clinton shows no sign of stopping. She will travel to Florida . . . to argue that he wants to win the nomination by disenfranchising the state's Democratic primary voters, a visit that can only damage him in a swing state crucial to Obama's chances in November.

It's likely that the next president will face at least one Supreme Court vacancy. Obama should promise Hillary Clinton, now, that if he wins in November, the vacancy will be hers, making her first on a list of one.

-- JAMES ANDREW MILLER
[O]ne wonders if it didn't feel this way in 1976 -- or even more so in January of 1977. . . . A new president from the outside promising change, and a new bumper crop of "watergate class" members of congress ready to shake things up. But it all went to shit. I am, personally, an apologist for the Carter administration which I think was doing good things and got torpedoed by an unfortunate combination of objective reality (oil shocks, the need to curb inflation) and blinkered behavior by congressional leaders. Others read those events the other way 'round and see Carter as brought down by his deficiencies. You could even push the analogy further by considering the looming shadow of the Kennedy family and its circle of retainers, convinced that they deserve to rule and more interested in seizing the mantle than in cooperating to make a success out of the Carter administration.

So I dunno. Maybe none of that will happen. Certainly it would be bizarre for history to repeat itself precisely, so doubtless some of it won't happen. But I'll be ready to write the conservative movement's epitaph when (a) Barack Obama is inaugurated, and (b) Obama, Nancy Pelosi, and Harry Reid enact some stuff with more lasting impact than the meager results of 1977-80 or 1993-4. There's real reason to believe a congressional party much less dependent on the votes of white south moderates will, in fact, be able to deliver more. But I'll believe it when I see it.

Hillary Clinton isn't going to be elected the first female president -- not this year, anyway. The reasons for this outcome have gratifyingly little to do with her gender. It may not seem that way right now to Clinton supporters seething over her treatment, but the 2008 campaign has propelled the country significantly closer to the moment when a woman takes the oath of office.

Yes, there have been sexist episodes and comments. Yes, it's infuriatingly more acceptable to make cracks about gender than about race.

But the notion that Clinton was the victim of unrelenting, vicious hatred because she is a woman -- is it safe to call this reaction overwrought? Clinton managed to win more votes than any primary candidate in either party ever had before. It's hard to square that result with the notion that her candidacy exposed a deep vein of misogyny.

Considering the inexplicably intense emotions that Clinton evokes, the litany of ugliness is surprisingly short. Meanwhile, the 2008 campaign has rewritten the rule book on playing presidential politics when the team is coed.

Give or take and , some 35 million American voters have determined that Barack Obama will contest John McCain to become the next president. Now comes the harder part.

Of all the demographic divisions--gender, race, age, economic status, education--Obama faces the most crucial of all, between those who have been paying attention and those who haven't.

With all the new registrations, this year's total of voters is sure to exceed the 122 million of 2004, and the Democratic candidate's challenge will be to make himself known to those like the woman in West Virginia who rejected him saying, "No More Hussein," and millions more who don't know even that much about him.

Presidential campaigns, for better or worse, come down to the perceived character of the candidates, and Obama has come a long way but is still relatively unknown to many, if not most, voters.

Might [McCain] really be a "maverick" when it comes to the Supreme Court? The answer, almost certainly, is no. The Senator has long touted his opposition to Roe, and has voted for every one of Bush's judicial appointments; the rhetoric of his speech shows that he is getting his advice on the Court from the most extreme elements of the conservative movement.