PTSD Claims Yet Another Victim, But So What? After All, The Guy Volunteered 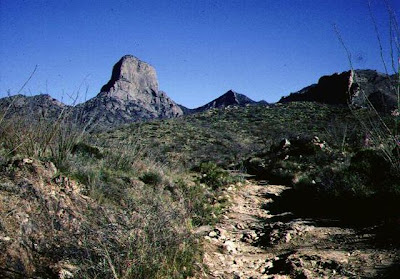 The denial mechanisms of Americans are extraordinary, and the Iraq war is a notably pungent example of how effectively many of them have been able to shut out what's really going on.

Americans were painfully slow to understand that they were being diddled by the White House over the reasons for going to war in the first place, and when it eventually dawned on them that they were being conned Iraq remained so much background noise in their lives and not a cause for outrage. And most still have not been willing to connect the war to soaring gasoline prices and the fact it is a sucking chest wound on the economy.

Then there are the soldiers themselves, a comparatively small group compared to past wars. It's more than likely that most Americans don't know even a single person who has served in Iraq or the forgotten war in Afghanistan.

This blanket denial has had negative consequences, most notably because it has given the Bush administration free reign when it should have been reined in.

But it also is making worse the plight of the many thousands of vets returning home from these wars with horrific physical and emotional problems, the latter including post-traumatic stress disorder, which has spawned an epidemic of suicides that could eventually exceed the number of combat deaths. (Yes, you read that right.) The Veterans Administration and other agencies charged with these vets' care have responded far too often with an arrogance and neglectfulness that borders on the criminal and are getting away with it because so many people are tuned out.

But perhaps the ultimate act of denial -- which is to say betrayal -- is the attitude of people who believe that whatever harm has come the way of these men and women it's their tough luck because, after all, they volunteered. As opposed to all those head cases from the Vietnam War who had been drafted.

Former Marine Staff Sergeant Travis N. "T-Bo" Twiggs was one of those volunteers.

Twiggs had been through four tours in Iraq, one in Afghanistan and months of therapy for PTSD. He was taking up to 12 different medications, which is a giveaway that his care was not being coordinated properly. Like a good soldier, he bucked up and plowed ahead and was invited to go to the White House earlier this year to meet the commander in chief with a group of Iraq war vets called the Wounded Warriors Regiment.

"Sir, I've served over there many times, and I would serve for you any time," Twiggs told Bush before grabbing the president and giving him a big hug, recalled his wife, Kellee.

Make that his widow Kellee.

About two weeks later, the 36-year-old Twiggs went AWOL from his job at a Marine Corps laboratory in Quantico, Virginia. He and his beloved brother, Willard, 38, drove to the Grand Canyon, where their car was found hung up in a tree in what appeared to be a failed attempt to drive into the chasm.

The brothers then carjacked a vehicle. They ended up several hundred miles away at a southwestern Arizona border checkpoint on May 14 and took off when they were asked to pull into an inspection area. Eighty miles later, the car was sighted on the Tohono O'odham Native American reservation, its tires wrecked by spike strips.

As tribal police and Border Patrol agents closed in, Twiggs apparently fatally shot his brother and then killed himself.

Pinal County Sheriff's spokesman Mike Minter said no motive has been established, but even someone as willfully deaf, dumb and blind as George Bush might be able to understand that this Marine wasn't getting the help he so badly needed -- and deserved -- to deal with the demons that he had brought home along with a bunch of decorations and citations.

"All this violent behavior, him killing his brother, that was not my husband. If the PTSD would have been handled in a correct manner, none of this would have happened," Kellee Twiggs said.

Ironically -- a word that gets used a lot in connection with the PTSD epidemic -- Twiggs wrote about his efforts to deal with PTSD in the January issue of the Marine Corps Gazette after completing his last tour in Iraq.

The symptoms would disappear when he began each tour, Twiggs explained, but came back stronger than ever when he came home and grew noticeably worse after a tour in which two Marines from his platoon died.

"I cannot describe what a leader feels when he does not bring everyone home," Twiggs wrote. "To make matters even worse, I arrived at the welcome home site only to find that those two Marines' families were waiting to greet me as well. I remember thinking, 'Why are they here?' "

Weeks later, Twiggs saw a physician's assistant who said that his was the severest case of PTSD she had seen. He began receiving treatment, but mixed his meds with alcohol -- an all-too-common occurrence -- and perversely his symptoms did not abate until he started his final tour in Iraq.

When he came home, "All of my symptoms were back, and now I was in the process of destroying my family," he acknowledged. "My only regrets are how I let my command down after they had put so much trust in me and how I let my family down by pushing them away."

Kellee Twiggs said her husband was "very, very different, angry, agitated, isolated and so forth," upon his return. "He was just doing crazy things."

Yet Travis Twiggs struck a hopeful note in the article and urged his fellow sufferers to seek help to what he called "a normal reaction to a very violent situation":

"Every day is a better day now," he wrote. "Looking back, I don't believe anyone is to blame for my craziness, but I do think we can do better."

More here on Twiggs and here on the anatomy of PTSD.

HOW YOU CAN HELP

If you are not in denial and have some time to spare, there are opportunities to help returning and troubled veterans at your local VA hospital or military base, or through church and community organizations.

These opportunities include helping fill out paperwork, finding lost forms, acting as a driver for doctors' appointments, and just visiting and listening. Connecting with the right people can be a multi-layered process, so be patient. A good start is to ask for Volunteer Services.

Private groups also could use your help. But look before you leap: What is the IRS status of a group that you may want to volunteer for? Is it tax exempt or not for profit? If it doesn't have an IRS certification, ask why not. And beware.

If you personally know of a veteran in your neighborhood or family circle who seems to be locked into themselves, talk to them as you would anyone. Ask how they are doing. They probably will say they’re all right, but if your intuition tells you otherwise, ask again. How are they really doing? And go from there.

A final note: There is no substitute for informed medical advice. Do not attempt to diagnose or treat a veteran's emotion problems on your own, okay?

Posted by Shaun Mullen at 1:35 AM
Email ThisBlogThis!Share to TwitterShare to FacebookShare to Pinterest

Thank you for this brilliantly tragic post, and bringing the hidden costs of this misguided war to light. And thank you for calling on people to volunteer to help vets.

Your implication that this sad story is typical of returning veterans and that military service causes an increased likelihood of suicidal or homicidal actions is an assumption on your part. This assumption is IMO supported by prejudice and anecdote. As near as I can tell, people who have served in Iraq have actually done better than their non-serving cohorts. This argument came up some months ago when the NYT started printing a series on veterans and crime. There were a such a large number of counter-arguments that the NYT ombudsman had to respond. A newsguy should have noticed at the time. I'm not sure how you are on statistical thinking. Your prose, however, is fluent and moving. Kind of like a precocious child with an RPG.

Your view is informed by your own prejudices and not supported by the clinical data that I have read.

The notion that the civilian population suffers more from PTSD is intriguing, however, so if you find any evidence of that please bring it on.

I am not suggesting that non-combat PTSD is not worthy of study, let alone treatment, but your cavalier attitude about the epidemic of suicides and cases like Sergeant Twiggs is . . . well, disappointing.

How could this not be a sad story. To suggest that I am not moved by it is unkind. There are more sad stories in this world than this one, however. What good has come to this world does not come, however, from waving the bloody shirt.