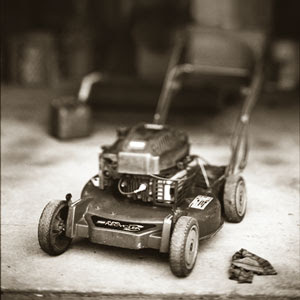 Growing up, my father and his friends had a saying which I took for granted but later realized was local in nature and fairly unique. When they really approved of someone, they would often refer to him as a "full tanker." When asked, my Dad would explain that the person in question was the sort of fellow who, if he needed to borrow your lawn mower, would not only return it promptly, but clean and with a full tank of gas. I've always been fond of the image that concept evokes.

This put me in mind, yet again, of our current crop of presidential candidates. How would you rate John McCain, Barack Obama, Hillary Clinton, Bob Barr and Ralph Nader on the "Full Tanker" scale?

At the start of the Bush years, the Republican National Committee — in tandem with the White House — vowed to usher in a new era of GOP minority outreach. As George W. Bush winds down his presidency, Republicans are now on the verge of going six — and probably more — years without an African-American governor, senator or House member.

That’s the longest such streak since the 1980s.

Let me state this as clearly as I can — I don’t like Joe Lieberman. We have policy disagreements, sure, but I like lots of officials whom I disagree with. No, I dislike Fightin’ Joe because he’s driven more by petty wankerous spite than by policy or conscience. And nothing would make me happier than to see him kicked out of the caucus (and out of his committee chair) next year.

So it is with a heavy heart that I must offer this recommendation — the Dems should leave Lieberman alone and let him keep his committee chair in the next Congress.

The short explanation is that his vote is simply too valuable. For all his self-righteous preening and prancing, he does vote with Democrats on everything except national security issues. That’s a problem of course, as is his endorsement of, and campaigning for, John McCain. But even in light of these extremely bitter pills, his generally-favorable Senate vote is just too valuable to give up.

[Clinton's] advisers say that a major reason she does not want to be pressured out of the race is that she believes it will be easier to bring her supporters over to Obama once the primaries are over if they think she was able to finish the nomination battle on her own terms.

In 2000, the Rove smear machine attacked with slanders and push polls about everything from Mrs. McCain's one-time addiction to pain killers to rumors that their adopted daughter from was a black child McCain had fathered.

Eventually, Bridget, now 16, learned about that in a Google search of her name and went to her mother in tears. "She wanted to know why President Bush hated her," Mrs. McCain said. "And I had to explain to her . . . how nasty campaigns can be."

Now the question for the Republican candidate is: Can he control those same groups who also did the Swiftboat ads against John Kerry in 2004, which McCain publicly denounced?

On GMA, Obama praised his wife's patriotism and said that for Republicans "to try to distort or to play snippets of her remarks in ways that are unflattering to her I think is just low class . . . especially for people who purport to be promoters of family values."

McCain no doubt agrees, but will the man who claims to be strong enough to protect Americans from their enemies abroad be able to shield them from the sleazebags who make those commercials?