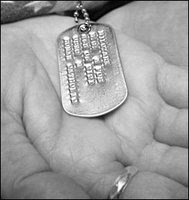 Here are 13 books that are must reads for any serious student of the Vietnam War.

They range from a Bernard Fall classic published on the eve of the American build-up to the definitive Pentagon history of the war to a book on the secret bombing campaign in Cambodia to three fictional accounts of combat.

The latter three are included because they are great books and capture a common experience of the men and women who served in Vietnam -- that it was an often indescribable blend of fact and fantasy.

All are still in print and are likely to remain so for many years to come. My personal favorite of the batch is Tim O'Brien's Going After Cacciato, which won the 1978 National Book Award.

Fire in the : The Vietnamese and the Americans in by Frances FitzGerald (1972)

The Pentagon Papers: The Defense Department History
of Decisionmaking on (1971)

Sideshow: Kissinger, Nixon, and the Destruction of
by William Shawcross (1979)

Street Without Joy by Bernard Fall (1964)

The Quiet American by Graham Greene (1955)

Posted by Shaun Mullen at 1:55 AM
Email ThisBlogThis!Share to TwitterShare to FacebookShare to Pinterest

Have you read A Bright and Shining Lie by Neil Sheehan?

Yes, a great book. Perhaps I should have made the list a baker's dozen plus 1.

Going After Cacciato is a really cool book which teach us how Vietnam war really is and what people involved lived day by day.

www.sevilla-3d.com said...
This comment has been removed by a blog administrator.
2:45 AM