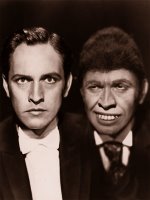 Of which U.S. economy are you a part?

Ot the economy in which more Americans are doing with less, houly wages are depressed and there are a record number of home forelcosures and bankruptcies?

Never in my long experience have the primary economic indicators -- stock market averages, productivity and so on -- been so out of synch with what I call the kitchen economy.

Now comes the Federal Reserve, ever alert for signs of inflation, to screw things up even more.

The average hourly wage has risen 0.5 percent to $16.70 this year, more than the 0.3 percent increase forecast by economists. That represents a 3.9 percent year-over-year increase, the biggest gain since June 2001. That could be seen as being inflationary and could prompt the Fed to keep raising interest rates in an effort to cool the economy and keep prices in check.

But as Kevin Drum notes at Political Animal:

Inflation over the past 12 months has clocked in at about 4.1 percent, so a 3.9 percent rise in nominal wages is a decrease in real wages. This is the "wage spike" the Fed is supposed to be concerned about.

Riddle me this: if the Fed tries to put the brakes on wages every time they creep up from negative to zero, what will hourly wages look like over the long term?

Answer: consistently down. Which is exactly what they've looked like over the past several decades.

. . . The problem is that financial markets and the Federal Reserve are bound and determined to make sure that none of this new wealth makes its way into the hands of the middle class. That's why, in our looking-glass world, a real wage decline of -0.2 percent is described as an increase.

This brings us to the unhappy subject of the federal minimum wage.

The federal minimum wage was established in 1938 during the Great Depression to ensure that working-class Americans could afford basic necessities.

The concept has stood the test of time, but not the minimum wage itself, which has not kept up with inflation and stands at a measly $5.15 -- and has since 1997. This has made economic stability extremely difficult for many working class people whose job benefits rarely include paid health care, child care and vacations

What has the response of the Republican-controlled Congress been to this problem? To resists efforts to raise the minimum wage.

That may finally be changing if the feckless Democratic minority makes the minimum wage a mid-term election issue, but don't hold your breath.

What has a better chance of diverting Republicans' attention from priorities like amendments to ban same sex marriages and flag burning is a threat by some Democratic lawmakers who remain true to the party's roots to block any legislative pay raise until a pending bill to raise the minimum wage to $7.25 an hour.

* * * * *
Meanwhile, some 15 states have taken matters into their own hands and have laws setting the minimum wage above the federal level.

As you might expect, most of the 15 states vote Democratic. The wages in these states range from $1 to $2 over the federal law. Go here for more info.
Posted by Shaun Mullen at 2:44 AM
Email ThisBlogThis!Share to TwitterShare to FacebookShare to Pinterest

How would you respond to the position that an expansion of the Earned Income Tax Credit would be a much more effective and equitable way of helping the working poor than raising the minimum wage?

I like the idea a lot, the key words being "effective" and "equitable."

It also gives shameless Republican lawmakers and others who don't give a damned about poor working stiffs an opportunity to help them without having to hold their noses and raise the federal minimum wage.

Just so you know, the "feckless" Dems have already tried to bring up a minimum wage increase twice in the Senate, only to be voted down by the Republicans, who used their majority to make sure it didn't even get out of committee.

I will be delighted to drop the "feckless" moniker as soon as the Democrats put some lead in their pencils. Maybe that will happen after Labor Day when the real campaigning begins, but so far I see no signs of that being in the offing.

The point is not how many times the Dems have brought up stuff in a Republican controlled legislature only to have it voted down. It is how they're going to get the GP to vote the Republicans down.